A standing room only forum, “Ka Joma Lives: International Proletarian Revolutionary Leader, Theoretician, Teacher and Poet in the Service of the People,” was held in tribute to the Filipino leader, Professor Jose Maria Sison, in Amsterdam Dec. 23. 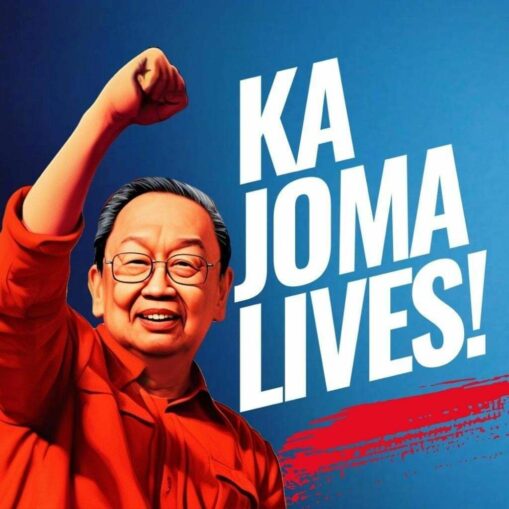 Ka (Comrade) Joma died on Dec. 16 at age 83 in a hospital in the Netherlands, where he was forced into exile in 1988 by the reactionary Philippine government. Sison was imprisoned in the Philippines in 1977 for nine years but was released following the ouster of the U.S.-backed dictator, Ferdinand Marcos.

The U.S. placed him on its terrorist list in 2002, which kept him from traveling outside of the Netherlands.

Sison was a founding member of the Communist Party of the Philippines, guided by the revolutionary principles of Karl Marx and Mao Zedong, in December 1968. The party was the theoretical foundation of the New People’s Army, an armed liberation formation that still exists today.

Although Sison faced many hardships being in exile, it did not prevent him from expressing his solidarity with workers and oppressed workers, especially in the developing world in resistance to imperialist domination.

This heartfelt solidarity was expressed in the three-hour tribute, live-streamed globally, which included cultural presentations. In addition, hundreds of written tributes poured in to honor Sison. A beautiful video tribute showed photos and video of Sison speaking, with the anti-fascist song, Bella Ciao, playing in the background.

The widow of Sison, Julie de Lima, gave a short but inspiring message calling on the audience to turn their grief into revolutionary courage.

Coni Ledesma, an International Women’s Alliance executive committee member who attended the memorial, told WW, “It was a militant, solemn and beautiful tribute to Joma. The red flags, the songs, the tributes spoke of the person he was and the legacy he leaves behind.”