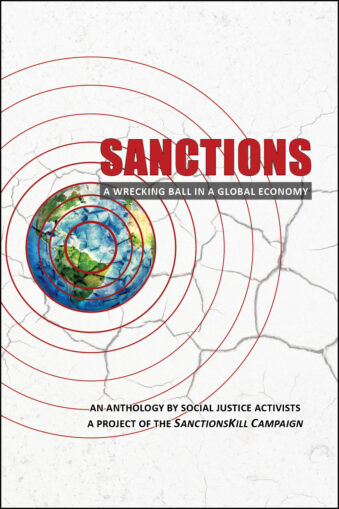 The U.S. and its imperialist allies — Germany, France and England, plus NATO — have grown ever more active these past few years in using broad sanctions as a tool in their quest to dominate the world. For the past three years, the SanctionsKill Campaign has tried to explain and organize resistance to sanctions in the worldwide antiwar movement in response.

The SanctionsKill Campaign held a very successful webinar Dec. 10 that registered over 1,000 people, some from outside the U.S. Many speakers explained how the sanctions imperiled the livelihood and development of the 40 countries currently sanctioned and how these effects were boomeranging on the countries imposing them. (youtube.com/watch?v=6_ro7VTvOc8.)

Besides the webinar, the Campaign organized face-to-face meetings: Dec. 6 at the Calvary Center for Culture and Community in Philadelphia; Dec. 7 at Hostos Community College in the Bronx, New York City; Dec. 13 at the People’s Forum in Manhattan, New York City; Dec. 14 at the Burning Books Bookstore in Buffalo, New York; and Dec. 15 at the East Bay Media Center in Berkeley, California.

These meetings involved political activists and militants in discussions with several authors, book signings, and drawing people and their organizations into new, further struggles. The SanctionsKill Campaign from the start has seen a large number of groups and individuals opposing how U.S. imperialism and its allies oppress smaller, poorer countries.

Sara Flounders, editor of “SANCTIONS: A Wrecking Ball in a Global Economy,” said: “When the U.S. tried to impose sanctions on China — the world’s second largest economy — and Russia, a major energy producer, the oppressed countries of the world could see how de-dollarization of world trade was an essential step in their own survival. Our book, which is an anthology coming from a number of different authors, provides some explanation of what was going on and examples of struggles.”

Flounders said the first edition of “SANCTIONS” has already sold out, but a second edition was almost finished and can be ordered from iacenter.org/sanctions-book.