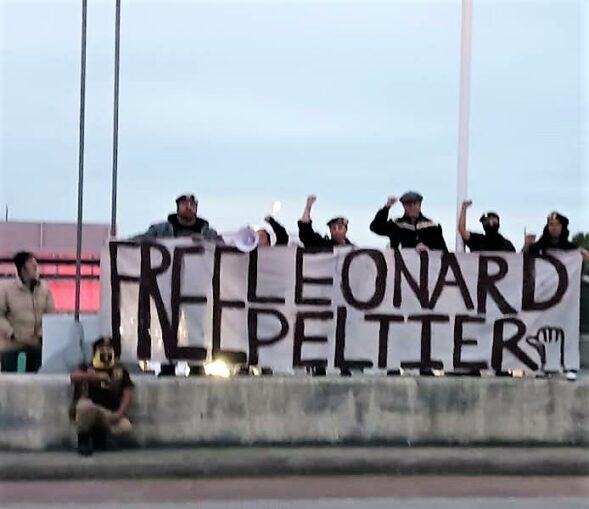 The Brown Berets of South East Tejas held a banner drop over one of Houston’s busiest freeways during 5 p.m. traffic on Nov. 18. The action was in solidarity with Indigenous activists who arrived in Washington, D.C., this week, taking their demand for the release of political prisoner Leonard Peltier to the White House. They had walked for 15 weeks and were met by supporters who rallied all along their route.

Since Houston was not on the route, the Brown Berets held their own solidarity action. On each side of a giant banner reading “Free Leonard Peltier” were two huge signs that said “Honk if You Agree!” For over an hour, the beeping of horns on the freeway below and people raising fists out of their car windows let protesters know that a lot of people in Houston — just like the millions around the world — support freedom for this wrongfully imprisoned Native leader.

— report and photos by Gloria Rubac 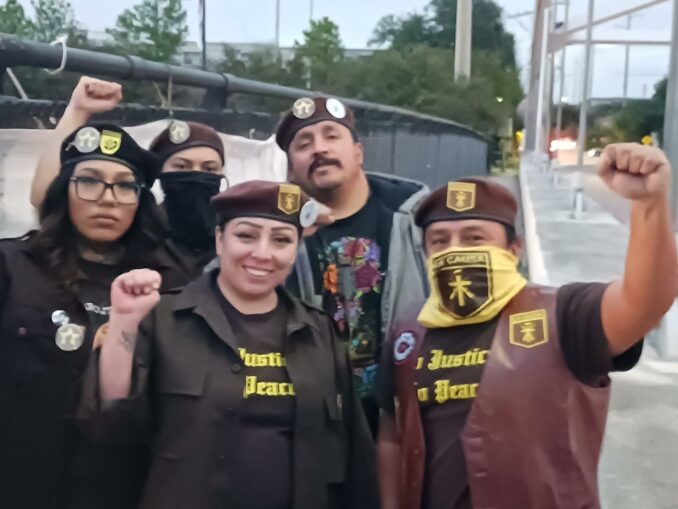