The eyes of the world are on Egypt, as this African country is now hosting the 27th Conference of the Parties to the United Nations Framework Convention (COP27), where hundreds of heads of state, ministers, activists, civil society representatives and businessmen from almost 200 countries are discussing climate change. 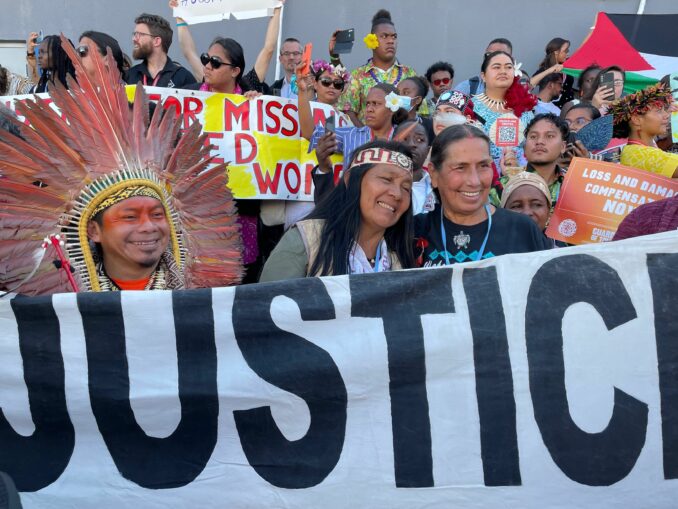 There are great expectations for the event, which will be held until Nov. 18. A number of important Latin American leaders have now arrived in the Egyptian town of Sharm el-Sheik, on the shores of the Red Sea, to raise the issues of the region, one of the hardest hit by climate change and one of those that contribute the least to environmental pollution.

We are talking about leaders like Luiz Inacio Lula da Silva, recently elected president of Brazil and who arrived as a new hope for that country and the world, after the four years of the nefarious and ecocidal Jair Bolsonaro. Also the president of Venezuela, Nicolás Maduro; the president of Colombia, Gustavo Petro; his vice-president Francia Marquez, environmental activist and defender of historically excluded populations who suffer heavily from the effects of climate change, are all here calling for immediate change and striking a tone of urgency about the paramount issue of saving the planet for real.

This cannot be a conference for any country, especially the developed countries, patting themselves on the back for their incrementalism in reducing carbon emissions.

It is interesting and disheartening about what is happening already at the summit, which includes talks that make little contribution toward facing the crisis.

The problem is capitalism

But Latin American leftist leaders and political figures are pointing to the problem: capitalism, the main cause of the climate crisis. This is no surprise. Capitalism for the last 200 years or more has steadily been in opposition to the health of the planet. The Earth is suffering from the terrible consequences of pollution; and at this rate, the world will reach a point of no return, if urgent comprehensive actions are not taken.

In his speech, President Nicolás Maduro, who was received with honors, explained how Venezuela is experiencing daily floods, landslides, mudslides, because there is a great accumulation of heat in the Caribbean Sea that generates torrential rains, especially in the country’s northern coastal area.

“Climate change is an irreversible fact. We are experiencing the greatest environmental crisis in history. Blaming humanity, in general, is an incomplete and hypocritical statement, if it is not detailed that it is profoundly unequal. There are countries that have been indiscriminately exploiting the planet’s natural resources for two centuries, while others barely have enough to feed themselves. Let’s leave behind the arrogance that prevents us from seeing how sacred the world is,” Maduro added.

Gustavo Petro agreed. “It is the hour of humanity and not of the markets,” said the Colombian president, who urged: “These global conferences must put politics at the helm to create a global plan to put an end to hydrocarbons immediately.”

Both presidents explained that public and global multilateral planning will allow moving to a decarbonized world economy, but this will not be possible if the U.N. does not push for such planning to take place and make it a number-one priority.

“If we make an evaluation of what has happened after 27 meetings, we can say that no change has occurred; nothing has happened. Today we are worse off than when the first one was held. We are talking about a matter of life or death of the species,” Petro clarified.

The presence and intervention of Francia Marquez at the Conference is crucial. A few hours before arriving at the event, she declared how important it is for her to show the view that “it is impossible to talk about climate change without talking about its effects on the historically excluded and marginalized populations, on the most impoverished people who experience the effects of climate change in the highest proportions.

Chile is also attending the world meeting. This is the first U.N. Conference on Climate Change in which the government of the young President Gabriel Boric, who has declared himself to be “the first president in the history of Chile [who] is an ecologist,” is taking part.

Chilean Environment Undersecretary Maximiliano Proaño said a few hours before leaving for the Arab country this week, “We are convinced that we need to be more ambitious in our goals and that we need to work together with all parties, states, the private world and civil society, to reach a global consensus.

“We are clear that no country will solve climate change alone, and that agreements between countries are the only way to confront and deal with the effects of this crisis, which is already hitting the most vulnerable countries. There is no other way out,” he said.

Latin America is united with a single purpose, this time with more strength and unity than ever: to target and hold accountable those mainly responsible for the crisis; to propose real policies to help curb global warming; to demand funding from the powerful and highly polluting nations to prevent the death of life on Earth. If their claims are not heard, this will be just another summit with empty results, thanks to those who put profit before people and the health of the Earth where we all live.