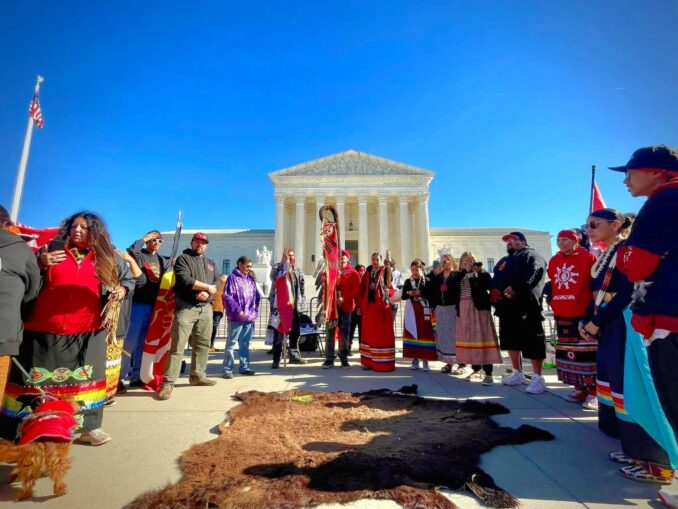 The Leonard Peltier’s Walk to Justice marched over 1,100 miles from Minneapolis to Washington, D.C. — a march to demand President Joe Biden release 78-year-old Indigenous political prisoner and Native elder Leonard Peltier. On Nov. 13, marchers and supporters marched to the Washington Monument and rallied at the Lincoln Memorial.

The march was organized by the American Indian Movement’s Grand Governing Council. AIM members walked at least 20 miles a day for 15 weeks, supported by rallies along the way.

Leonard Peltier, a member of the Turtle Mountain Band of Chippewa Indians, is recognized around the world as a political prisoner. Peltier, who was nominated for the 2007 Nobel Peace Prize, has been in prison now for 46 years for a crime he did not commit. The U.S. government has repeatedly refused him parole in violation of its own statutes.

International efforts grew to seek legal clemency in 1993 after all court venues to obtain his release were exhausted; these efforts have been blocked by the FBI. Former U.S. Attorney General Ramsey Clark used blunt words to describe Peltier’s trial and conviction: “There was no evidence that he did it, except fabricated, circumstantial evidence, overwhelmingly misused, concealed and perverted.”

Former U.S. Attorney James Reynolds, who was the government’s prosecutor in Peltier’s trial, sent a letter to President Barack Obama to urge clemency. Reynolds argued for Peltier’s Clemency Petition “as being in the best interests of justice considering the totality of all matters involved.”