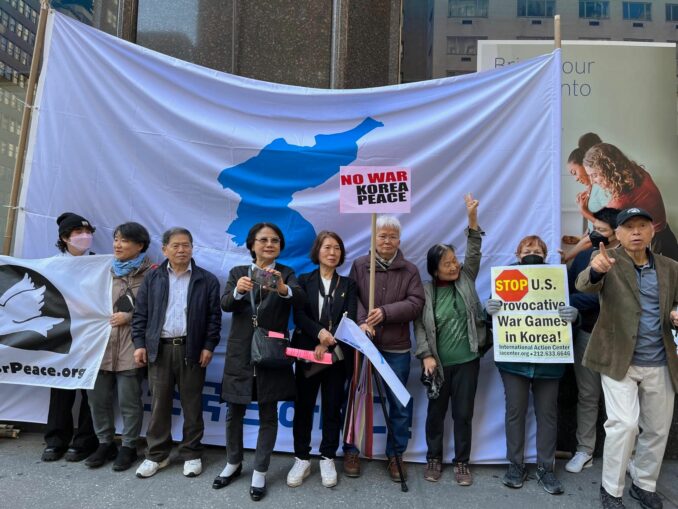 A New York City demonstration, held outside the Consul Generals of Japan and South Korea Nov. 3, protested discrimination against Koreans in Japan as well as the military drills. The action was organized by 6.15 New York Committee for Korean Reunification and supported by Nodutdol, New York Peace Action, Veterans For Peace and the International Action Center.