October 26 — A large group gathered in front of the U.S. Federal Building in Oakland to support today’s legal action for a new trial for Mumia Abu-Jamal. The protest, which included a rally and picket, was organized by the Labor Action Committee to Free Mumia Abu-Jamal and demanded his immediate freedom. 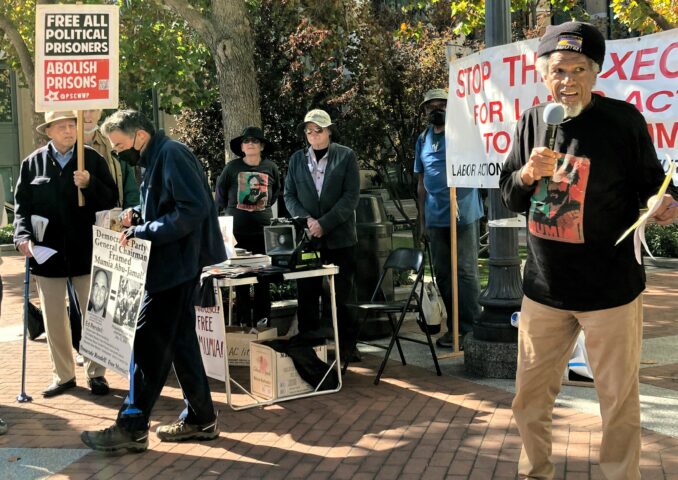 Oakland has a long history of support for Abu-Jamal. Gerald Smith, a member of the Labor Action Committee, recalled the early actions of the Oakland Education Association, this city’s teacher’s union, to educate students about this political prisoner’s case. Jack Heyman, a retired executive board member of the International Longshore and Warehouse Union Local 10, recalled his union’s decades-long support for Abu-Jamal. 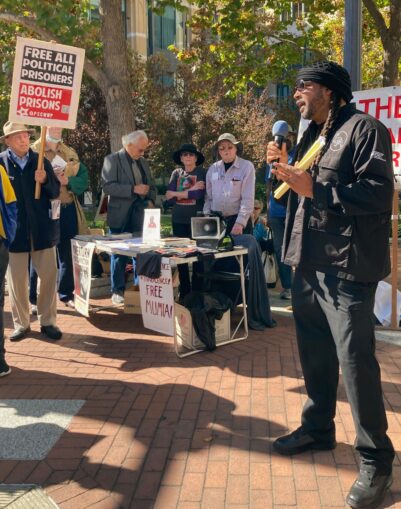