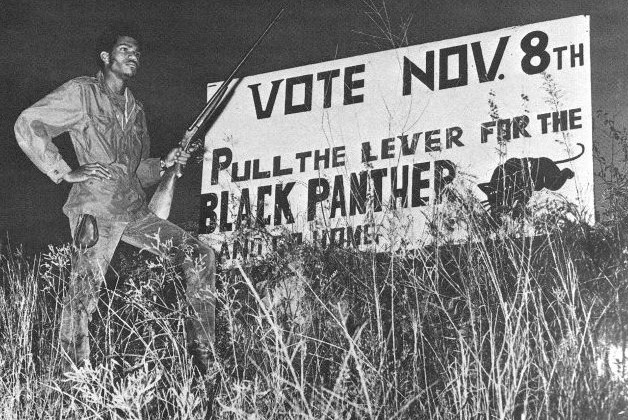 Here is what’s happening in the ramp-up to the “democratic” midterm elections.

Every few minutes during the World Series baseball games, hate ads were run against migrants, trans people, Black people. These were bankrolled by “Citizens for Sanity,” an extreme right-ring group whose funders range from a Schlitz beer heir to a Silicon Valley tycoon.

Right-wing conspiracy theorists have staked out drop-off ballot boxes in Arizona. Armed and wearing military-style tactical gear, they stopped and threatened voters. A federal judge ruled this did not “fall into any traditionally recognized category of voter intimidation.” (huffpost.com, Oct. 28)

Clearly this judge ignored the history of voting in the United States — the ugly, racist, violent, deadly denial and suppression of voting rights of oppressed people and people of color.

In the aftermath of the genocidal theft of Indigenous lands, the U.S. powers-that-be fought from the beginning to limit who could vote. In the 1780s, that generally included only property-owning or tax-paying white males, about 6% of the population. No enslaved people and no women had the legal right to vote. Through immense mass struggle to gain Constitutional Amendments, African American men won the vote in 1870, women in 1920.

For 10 years after the end of the Civil War and the emancipation of enslaved people, there was battle after battle in the countryside and small towns of the South. The African American population, and some white allies, fought to liberate the land they had worked for generations as forced labor, for no wages and in chains.

Winning the right to vote — on which local self-government was based — was essential to this struggle. With every act toward that freedom, people risked life and limb. One witness recounted seeing Black voters in Mississippi marching to the polls “after the manner of soldiers, armed with clubs and sticks, some of them with old swords and pieces of scythe blades.” ​​(James Allen, “Reconstruction: the Battle for Democracy 1865-1876”)

Vigilante and state forces threatened ordinary working people at the polls with violent intimidation and arrests, sometimes with lynching.

Only through massive civil disobedience and the bloody sacrifice of many lives did the Black-led Civil Rights Movement of the 1950s and 1960s ultimately win the Voting Rights Act of 1965 — a law that is now being systematically dismantled by racist reactionaries.

Though this country calls itself a democracy, it is in fact a capitalist democracy. All debate and decisions in the U.S. elections are subordinated to money and power — and that includes the right to vote.

Poor people, workers, women and gender-variant people, people of color, migrants, people with disabilities will never be truly represented through the election system of a capitalist democracy.

But in the barrage of election propaganda, the hate-filled ads, the intimidation at the ballot box, this is the crucial question:

For the last 350 years in the U.S., what class has been killing and enslaving people, in both chattel slavery and wage slavery? Taking their land, kidnapping them from their homes, refusing to pay any wages or any livable wages, sacrificing people at work to injury, illness, danger, ordering the Klan or the cops to kill them if they rebel or strike, refusing health care or housing, degrading the environment until we are in climate crisis, or —

You add your own indictment to this list. You know that the answer to the violence being done will not come from a few minutes at the ballot box. We must answer with lifelong dedication to build a new system of mutual aid: socialism.