The newly elected president of the Philippines, Ferdinand Marcos Jr., signed the SIM Card Registration Act into law Oct. 10. This law requires that all Filipinos register their SIM cards, which keep all the data in their cell phones, along with other government-issued documents — all in the name of combating “fraud.”

Marcos is the son of the late president, Ferdinand Marcos, a cruel dictator and close ally of U.S. imperialism during the 1980s. Marcos Jr. replaced another dictator, Rodrigo Duterte, who as president carried out a massive genocidal campaign against so-called “drug dealers.” In reality, this heinous campaign resulted in massacres of thousands of people, mainly people only addicted to drugs. Duterte vetoed the SIM card law before leaving office in June, labeling it an “infringement” of constitutionally protected rights.

Here are some key components of the bill:

With the knowledge that this dangerous law could easily infringe on anyone’s personal and private data, there is a more sinister reason why this law was passed at this particular time. 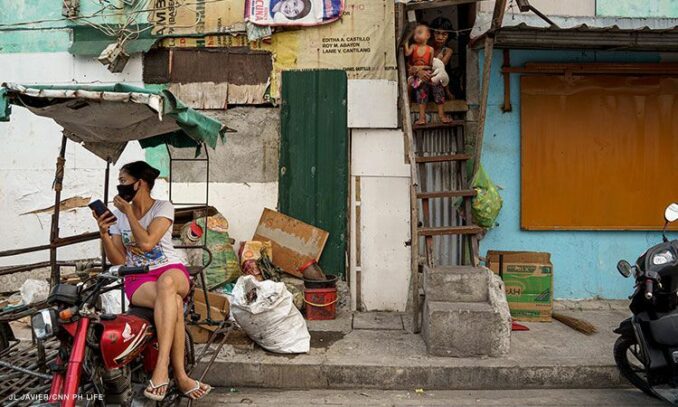 Poverty in Manila, the capital of the Philippines. Credit: CNN

The poverty rate in the Philippines rose by 2.3% from 2018 to 2021, due to the COVID-19 pandemic. Over 18% or close to 20 million people live in poverty in a country of 111 million people, according to the Philippine Statistics Authority. The PSA defines people in poverty as those Filipinos whose per capita income does not cover basic food and non-food needs. (Reuters, Aug. 22)

Where there is hunger and dire poverty, there is always the potential of mass protests and rebellions. And the Philippines has a deep history of resistance and fighting back that continues today.

This SIM card law could target any progressive organization or individuals who seek to communicate with others, especially over social media, to build resistance to the neoliberal policies of the Marcos Jr. government. His government continues the tradition of doing the bidding of the rich Filipino comprador bourgeoisie and U.S. imperialist interests.

Before this law was passed, some well-known Filipino activists had been banned from returning to the Philippines for their opposition to the Duterte regime.