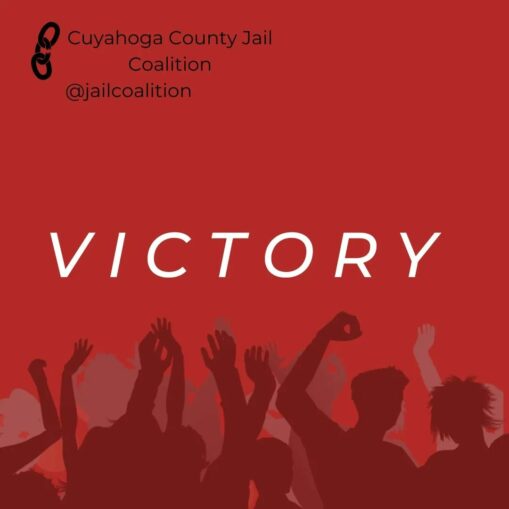 Since 2020 in the Midwest, at least 23 county jails have been built or designated for building on toxic sites. Many sites are in Black-majority cities like Cleveland and Detroit and in neighborhoods with higher-than-average air toxin levels, close proximity to hazardous facilities and lower-than-average life expectancy.

“This practice is an amplified case of environmental racism,” said David Pellow, director of the Global Environmental Justice Project at the University of California, Santa Barbara. (tinyurl.com/2ar396fh)

This blatant disregard for the lives and health of incarcerated people extends to state and federal prisons, one-third of which are located within three miles of federal Superfund sites, which still require extensive environmental cleanup.

Pushing back against this trend, Cleveland activists scored a victory Oct. 4 when the Justice Center Steering Committee voted down a proposal to build a new Cuyahoga County jail on a contaminated site that was a Standard Oil refinery for over a century.

The site would have exposed incarcerated people to benzene, a known carcinogen, and methane, along with toxic dust from a nearby cement-crushing facility. In addition, it is hard to reach by public transit.

The Steering Committee, composed of various elected officials and an attorney representing public defenders, was created to review and make recommendations on proposals related to the current Justice Center complex, where the county jail is now housed.

The Cuyahoga County Council still has to vote on the committee’s recommendation, but has put the vote on hold until after the November election when a new County Executive will be elected.

The Cuyahoga Jail Coalition has been organizing against a new jail for over a year, speaking at numerous Steering Committee and County Council meetings. Coalition members have called the jail a poor use of county funds; they have stated those funds should be used for jobs, education, housing, public transit and mental health services. They argue the focus should be on keeping people out of jail to begin with, by addressing the money bail system that holds poor people in jail who can’t afford bail.

Original cost projections had county taxpayers paying over $500 million for a new jail; more recent estimates range from $750 million to almost $1 billion. But with interest paid to banks and bondholders on a proposed 40-year bond, the full cost would be closer to $2 billion — paid for by extending a 0.25% county jails tax until the jail debt is paid. Yet costs could be reduced by renovating the existing jail.

County Council has tried to justify this boondoggle by exploiting public outcry over deplorable conditions in the jail, which even a report by U.S. federal marshals decried as unacceptable. The Jail Coalition was formed in response to the high number of jail deaths in 2018, now at 16 since June of that year.

As the coalition has pointed out, a new building will not solve the jail’s innumerable problems, such as poor food, medical care and sanitation; lack of monitoring that led to deaths from suicide and overdose; and well-documented incidents of physical and emotional abuse by guards.

“This vote would not have been possible without Jail Coalition organizers and a whole community of supporters,” the coalition stated after the Oct. 4 vote.

The Steering Committee later clarified that it still favored building a new jail at some other site. Calling for “Care Not Cages,” the Cuyahoga Jail Coalition will continue to oppose any new jail construction, regardless of the location.