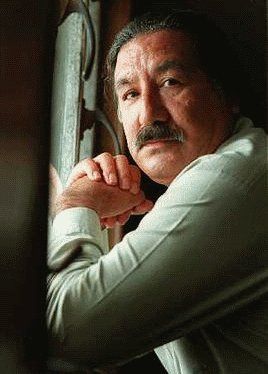 Leonard Peltier, Anishinaabe and Dakota, a member of the Turtle Mountain Band of Chippewa, who turned 78 years old Sept. 11, is recognized around the world as a political prisoner; Peltier was nominated for the 2007 Nobel Peace Prize. He has been in prison now for 46 years for a crime he did not commit. In violation of its own statutes, the U.S. government has repeatedly refused him parole.

The U.S. suppressed hundreds of thousands of pages of documents which would indicate Peltier’s innocence, including ballistic evidence, in a June 1975 shoot-out at Pine Ridge Reservation in South Dakota. Two FBI agents opened fire on a tiny village, while children, elders and adults slept in their homes. In the resulting firefight, Joseph Bedell Stuntz, Lakota AIM member, and the two agents died. U.S. prosecutors publicly admitted that they do not know who actually fired the shots that killed the agents.

“The day of the shoot-out in 1975, the FBI created a narrative that some super soldier killed two FBI agents,” Dr. Nick Estes of The Red Nation said to the Minneapolis rally. “They don’t tell you that the vast majority of people at that shoot-out were under the age of 18.” (tinyurl.com/3pcc6rsv) 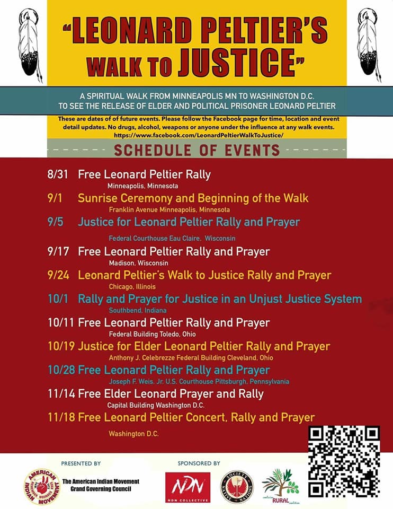 An international effort grew to seek legal clemency in 1993, after all court venues to obtain his release were exhausted. In 1994 the FBI issued a memorandum outline to counter that campaign, according to Leonard Peltier Defense Council spokespersons. Former U.S. Attorney General Ramsey Clark used blunt words to describe Peltier’s trial and conviction: “There was no evidence that he did it, except fabricated, circumstantial evidence, overwhelmingly misused, concealed and perverted.”

Former U.S. Attorney James Reynolds, who was the government’s prosecutor in Peltier’s trial, sent a letter to then-President Barack Obama to urge clemency. In the letter, Reynolds argued for Peltier’s Clemency Petition “as being in the best interests of justice considering the totality of all matters involved.”