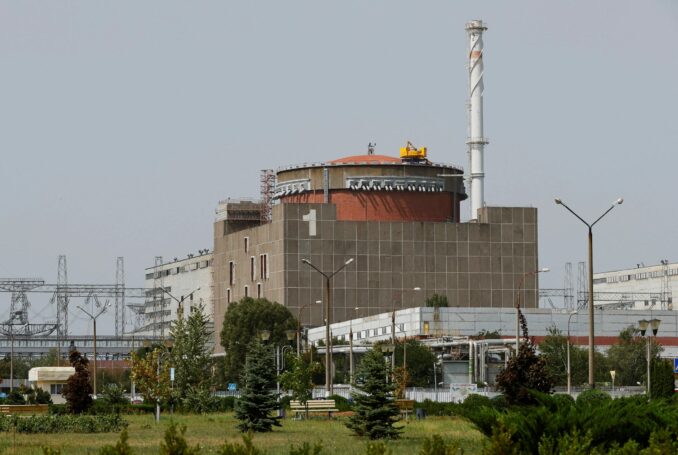 The United States and its imperialist allies in the European Union have a big political problem. The embargo/boycott that they so swiftly and gleefully placed on Russia’s energy exports, mainly oil and gas, had the unintended consequence of guaranteeing much higher profits to Russia in selling to markets outside U.S./EU control, as well as sharply increasing energy costs in western Europe.

Goldman Sachs predicts that the energy costs for EU households this coming winter will increase by $2 trillion, or about 15% of EU’s GDP. (Bloomberg, Sept. 6)

Since the U.S. has its own domestic supplies of both gas and oil, this surge in energy costs is less of a threat to its economy.

Propaganda is usually the tool most used to build political support on a domestic front for troops on the front line. While the EU and the United States don’t officially have “boots on the ground” in the current proxy war, they are both funneling huge amounts of military assistance to Ukraine.

But the fervor has faded. The impact of articles and videos — praising the heroism of the Ukrainian people, their victories, the “incompetence” of Russia, the “atrocities” — has diminished as the war grinds on month after month.

The U.S. has made much of the United Nations’ condemnation of Russia’s “special military operation,” presenting this as worldwide condemnation and ignoring the fact that both India and China (each with over 1.4 billion people) were among the 35 nations which abstained on that vote.

Now it appears that the EU and the U.S. have picked the Zaporizhzhia Nuclear Power Station (ZNPS) as the new propaganda issue to use against Russia, playing on global fears of another Chernobyl, which was also located in Ukraine.

On April 26, 1986, while Ukraine was still part of the Soviet Union, there was a catastrophic nuclear accident at the No. 4 reactor in the Chernobyl Nuclear Power Plant near the city of Pripyat, as workers attempted to carry out a poorly designed experiment. Two people died in an explosion that spread a huge amount of radioactivity throughout Europe; many more died over the years that followed due to radiation poisoning.

ZNPS is now the largest nuclear power plant in Europe and among the 10 largest in the world. Built by the Soviet Union near the city of Enerhodar, it sits on the southern shore of the Kakhovka Reservoir on the Dnieper River

This is in an area of Ukraine that has been under Russian control since early March. Much of the ZNPS Ukrainian staff remained after the Russians took over. The plant was producing power for both the Ukrainian and the Russian grid until recently.

ZNPS has been the target of some heavy shelling, leading the International Atomic Energy Agency, an agency of the U.N., to demand the plant and surrounding area become “a nuclear safety and security protection zone.” (IEAA, Sept. 9)

Ukraine accused Russia of carrying out the shelling. Russia responded by asking why it would shell an area it had controlled for months?

Fanning fears, President Volodymyr Zelensky of Ukraine recently said: “The IAEA and other international organizations must act much faster than they’re acting now. Because every minute the Russian troops stay at ZNPS is a risk of a global radiation disaster.” (bigthink.com/hard-science/, Sept. 9)

Tom Hartsfield, experimental physicist at Los Alamos National Laboratory, said Zelensky is exaggerating. He points out that the design of ZNPS, and the physics this design relies on, make a catastrophe highly unlikely. The plant’s safety systems would have to be suddenly destroyed, while the reactor vessels were damaged but not destroyed.

The verdict? Nuclear catastrophe is scientifically unlikely. Elimination of fighting in the area would be safer but is not absolutely urgent.

The threat of nuclear catastrophe is being exaggerated to frighten people in the U.S. and EU countries to back a war being waged to reap profits for U.S. weapons companies and to strengthen U.S. power globally. (Lolita Baldour, “Allies push for U.S. weapons,” AP, Sept. 9)