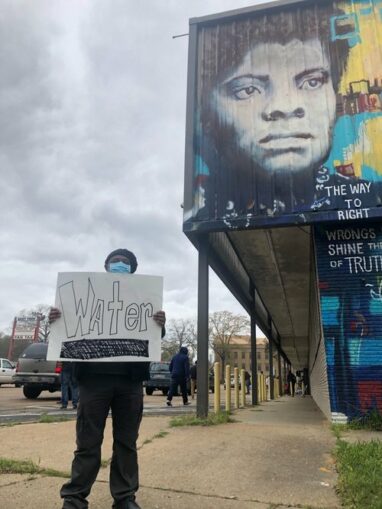 This statement from Cooperation Jackson on the current water crisis in the state capital of Jackson, Mississippi, and on the organization’s goals, was posted Aug. 30 at cooperationjackson.org.

Due to climate change and decades of neglect of our city’s infrastructure, critical portions of Jackson have flooded and incapacitated our city’s water treatment facilities. As a result, the entire city has been without drinking water, and it is not clear when the system is going to be repaired and [full] water access restored.

The Governor has declared a state of emergency and is deploying the National Guard to supply water to the residents of Jackson. However, to ensure that aid is delivered directly to the people of our community in West Jackson, we are engaging in an autonomous relief effort to ensure that the homeless, the elderly and those with limited transportation in our community get the resources they need.

We are asking all of our friends, comrades and fellow cooperators to join us in the effort by contacting us at: Kuwasi Balagoon Center for Economic Democracy and Sustainable Development, P.O. Box 1932, Jackson MS 39215, at 601-355-7224 and at [email protected]

Our long-term vision is to develop a cooperative network based in Jackson, Mississippi, that will consist of four interconnected and interdependent institutions: a federation of local worker cooperatives; a cooperative incubator; a cooperative education and training center (the Kuwasi Balagoon Center for Economic Democracy and Development); and a cooperative bank or financial institution.

Cooperation Jackson’s basic theory of change is centered on the position that organizing and empowering the structurally under- and unemployed sectors of the working class, particularly from Black and Latino communities, to build worker-organized and owned cooperatives will be a catalyst for the democratization of our economy and society overall.

Cooperation Jackson believes that we can replace the current socioeconomic system of exploitation, exclusion and the destruction of the environment with a proven democratic alternative. An alternative built on equity, cooperation, worker democracy and environmental sustainability to provide meaningful living-wage jobs, reduce racial inequities and build community wealth. It is our position and experience that when marginalized and excluded workers and communities are organized in democratic organizations and social movements, they become a force capable of making transformative social advances.