In the first of a series of solidarity actions with workers’ organizing drives this September, hundreds of workers and supporters answered a joint call by the Amazon Labor Union and Starbucks Workers United to march for union recognition on Labor Day. They gathered outside Starbucks owner Howard Schultz’s Manhattan luxury apartment (in the building converted to condos for the wealthy from St. Vincent’s Hospital) in the West Village to shout, “Union busting is disgusting” and call on management to recognize the unions. 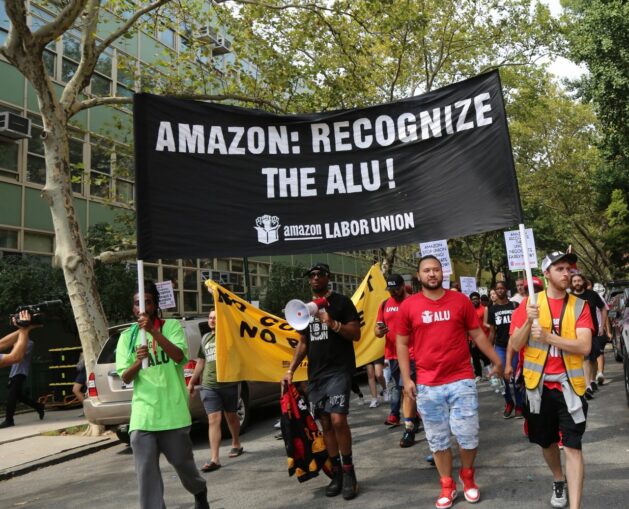 The demonstrators then marched to Amazon owner Jeff Bezos’s penthouse dwelling on 26th Street and Fifth Avenue; afterward, they wound up the action in Times Square. ALU leader Chris Smalls, speaking at the first site, called upon the newly formed unions to strike together to win. A militant delegation of Bessemer, Alabama, workers from the Amazon warehouse in that city was present. Veteran labor organizers and youthful activists have rallied behind the organizing efforts of Starbucks and Amazon workers and others fighting to form unions.