Those prosecuting this war want Americans to believe it has come to an end, while the U.S. continues to inflict massive violence abroad. In an uncharacteristic afternoon address in August, U.S. President Joe Biden announced the killing of Ayman al-Zawahiri, the successor to the al-Qaeda leadership after the killing of Osama bin Laden and previously his right-hand man. 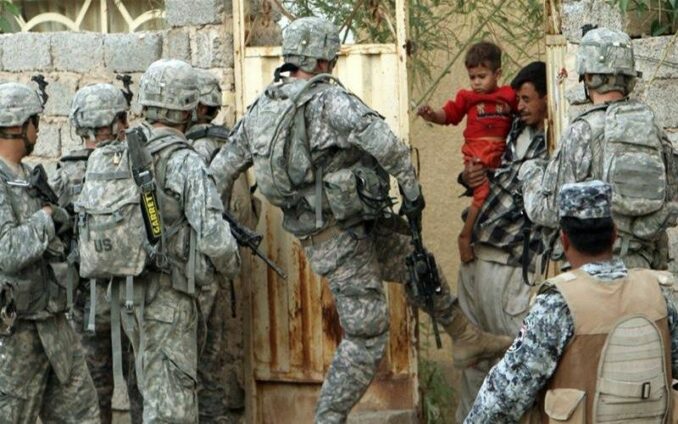 Over half a million people have died violently in Iraq, Afghanistan, and Pakistan due to the US “war on terror” that was launched following the 9/11 attacks in 2001.

Killed 11 years apart, both of their deaths were communicated in speeches by Biden and former President Barack Obama, respectively — in very similar language — under the guise of attaining justice. After the killing of Zawahiri, two things beg our reflection: What does “justice” mean in the “war on terror” — and does the “war on terror” have any conceivable end?

In order to understand the first issue, it’s helpful to look back at the words of former President George W. Bush, whose administration built the apparatus for the “war on terror.”

In his speech nine days after the 9/11 attacks, on Sept. 20, 2001, to a joint session of Congress, Bush asserted that “whether we bring our enemies to justice or bring justice to our enemies, justice will be done.” He did not specify how enemies would be brought to justice but nevertheless established that “justice” would be inherent to any and all U.S. interventions to combat the terrorist threat.

When his administration extrajudicially assassinated al-Qaeda leader Osama bin Laden, Barack Obama gave a speech announcing his death, saying: “And on nights like this one, we can say to those families who have lost loved ones to al-Qaeda’s terror: justice has been done.” Similarly, when the Trump administration extrajudicially assassinated Islamic State leader Abu Bakr al-Baghdadi, he declared: “Last night, the United States brought the world’s number one terrorist leader to justice.”

When Biden delivered the news that Zawahiri had been assassinated, he said: “Now, justice has been delivered. And this terrorist leader is no more.”

If these statements make anything clear, it’s that justice is malleable; that these killings — and not, for example, legal proceedings like criminal trials — are the only way to obtain justice; that those killed were pure evil and deserving of their fate; and finally, that the assertion that justice has been served is subject to the U.S. government’s interpretation, regardless of any other considerations.

But extrajudicial assassinations contradict any meaningful semblance of justice, especially for a country that constantly parades the superiority of its values, legal system and adherence to the rule of law.

Underscoring these repeated triumphalist proclamations of justice, Biden and his predecessors have continued to justify U.S. actions by highlighting the U.S.’s eternal victimhood, as a way of legitimizing the never-ending war of avenging the wrongs done to the United States. In this case, the U.S.’s victimhood was used to justify a targeted assassination — absent any stated legal process — nearly 21 years after the 9/11 attacks.

When Biden announced the killing of Zawahiri, he stated that “the United States did not seek this war against terror. It came to us; we answered with the same principles and resolve that have shaped us for generation upon generation to protect the innocent, defend liberty; and we keep the light of freedom burning — a beacon for the rest of the entire world.”

Even though Zawahiri was central to the 9/11 attacks, this narrative promotes the problematic assumption that these killings are the only form of “justice” that the U.S. has pursued in more than two decades of the “war on terror.”

However, the path to “justice” in the killing of Zawahiri was paved with the blood of millions of people — disproportionately Muslims — who have been harmed along the way. Moreover, the U.S. leadership and public have never reckoned with the killings of innocent civilians in the “war on terror” in Iraq, Afghanistan and elsewhere or asked what justice looks like for them.

No end in sight

Inevitably emerging, after the U.S. killing of Zawahiri and “justice” served, was the omnipresent question of what could or would mark the end of the “war on terror” — and whether this was it.

In the wake of Zawahiri’s death, assessing the U.S.’s ongoing and rampant infliction of state violence, we should no longer ask whether the “war on terror” is over; it’s not, and it’s unclear whether it ever will be. Instead, we should understand that the unmitigated violence it has unleashed is the new status quo. There is no going back.

Contrary to arguments from mainstream U.S. outlets that “America has finally moved on from 9/11,” what has actually happened is that U.S. violence in the “war on terror” has become so firmly entrenched into our daily lives, that what counts or doesn’t count as war hardly seems visible any more.

When Bush gave his speech after the 9/11 attacks, announcing the nebulous and what would become the forever “war on terror,” he was laying out a blueprint for hegemonic U.S. violence, which would cross administrations and become so normalized that speeches celebrating extrajudicial assassinations could be done without so much as a mention of the legalities, much less any consideration of them.

Moreover, the U.S. has continued to define war so narrowly that troops on the ground count as active warfare; whereas, sovereignty-breaching drones are merely considered limited counterterrorism tactics.

This was made clear when Biden announced the end of the war in Afghanistan, as he pulled troops out last August while still relying on drone strikes to target the country.

But Biden’s war on Afghanistan hasn’t ended there — it also includes his decision earlier this year to block funds to the amount of $3.5 billion from going to the Afghan people and instead directing them to 9/11 families, using the Taliban’s leadership as an excuse. In other words, Biden has chosen to rely on collective responsibility, the modus operandi of the “war on terror,” to justify the economic strangulation of the Afghan people — all while claiming the war is over.

Viewed more broadly, therefore, the Biden administration’s killing of Zawahiri has thus only been part of the sprawling “war on terror” — with Biden proving that under his leadership, the war will continue with just as much force.

Far from being a watershed moment, Zawahiri’s killing is an indication that those who are prosecuting the “forever war” are intent on continuing it less visibly, so that Americans can believe it is over while the U.S. continues to inflict massive violence abroad.

As Biden has cemented his commitment to the “war on terror,” it’s unlikely that many Americans are aware of the fact that this war has involved the expansion of military bases into the Sahara and the return of U.S. troops to Somalia — a country that the U.S. never officially declared war on, post-9/11, and in which counterterrorism operations were ordered ended under former President Donald Trump.

Whether through over-the-horizon capabilities meant to dissuade the American public of a nation no longer at war in Afghanistan or other covert tactics, one thing is clear: a war that has caused so much terror for communities domestically and across the globe is here to stay — and justice is as nebulous as ever.

Dr. Maha Hilal is a researcher and writer on institutionalized Islamophobia and author of the book “Innocent Until Proven Muslim: Islamophobia, the War on Terror, and the Muslim Experience Since 9/11.” Her writings have appeared in Vox, Al Jazeera, Middle East Eye, Newsweek, Business Insider and Truthout, among others.