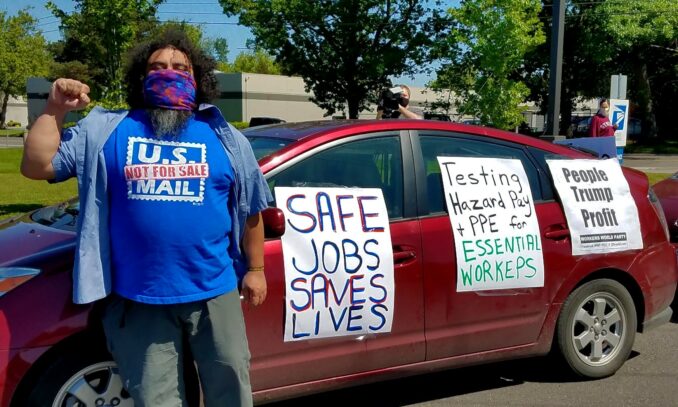 Support for U.S. Postal Servcie workers stretches from the recent Aug. 9 rally in Washington, D.C., to the ‘U.S. Mail Is Not for Sale’ rally in Portland, Oregon on May 14, 2020, all the way back to the huge and successful national postal workers strike in 1970. WW Photo

The rally was held just before the Postal Board of Governors meeting opened. Workers also protested against the Postmaster Louis Dejoy’s 10 Year Plan to privatize the postal service. Currently, DeJoy plans to eliminate 50,000 jobs and close many small post offices. Workers at the rally demanded his firing and to “keep the postal service a service and not a business.”

Hirsch is a retired postal worker.