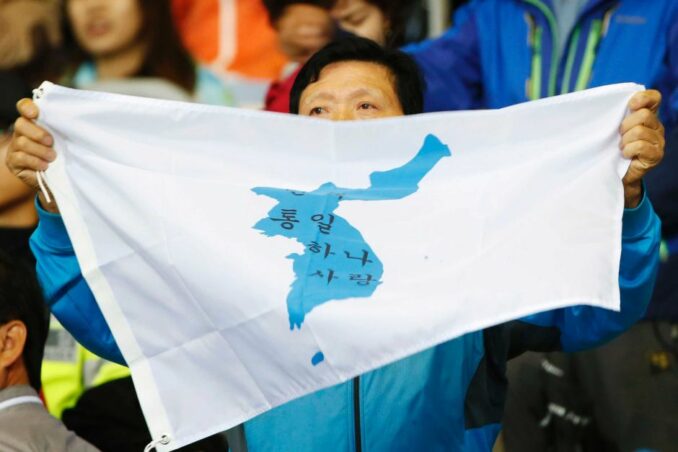 The following remarks were prepared by International Action Center member Richie Merino for the “Denuclearization and Peace on the Korean Peninsula” event at the United Nations Aug. 4, co-organized by Solidarity for Peace and Reunification of Korea (SPARK) and People’s Solidarity for Participatory Democracy (PSPD).

Since 1945, the U.S. has unilaterally divided Korea, has installed puppet governments in the south in defiance of the Korean people and has refused to sign a peace treaty with the Democratic People’s Republic of Korea (DPRK) for over 70 years — an essential precondition for denuclearizing of the Korean Peninsula. The U.S. must immediately end its sabotage of inter-Korean efforts to build peace and advance reunification.

Despite what the U.S. government says, our enemy is not the DPRK but U.S. and Western imperialism. The DPRK has never attacked the U.S., while the U.S. from 1950-1953 leveled the DPRK through a bombing campaign that killed millions. And it is the U.S. military occupation of Korea that installed corrupt, repressive governments that do the bidding of Western imperialists, divide the people and protect the capitalist exploitation of workers in the south.

In showing solidarity with all workers of the world, it’s important we break the silence around the Republic of Korea’s violent past and present under U.S. imperialism. We must demonstrate the urgency of the anti-colonial and anti-imperialist struggle to liberate Korea.

A liberated Korea means an end to the military occupation through a total and complete U.S. withdrawal from the peninsula, the closing of all U.S. military bases and ending the sale of ultra-offensive weapons to ROK. It means an end to the demonization of the DPRK, and their socialist construction, and a lifting of all deadly economic sanctions on the DPRK. All military aggression against the DPRK including provocative war games, military exercises and nuclear threats must end.

A liberated Korea means ending the repression against workers advocating for stronger labor rights and protections and allowing the ROK and DPRK to negotiate peaceful reunification free of Western interference.

The people of Korea deserve peace, autonomy and self-determination! As a unified peace movement and anti-imperialist coalition, the International Action Center stands in solidarity with and will always defend the Korean people in their struggle against U.S. war, sanctions and the division of the Korean Peninsula.