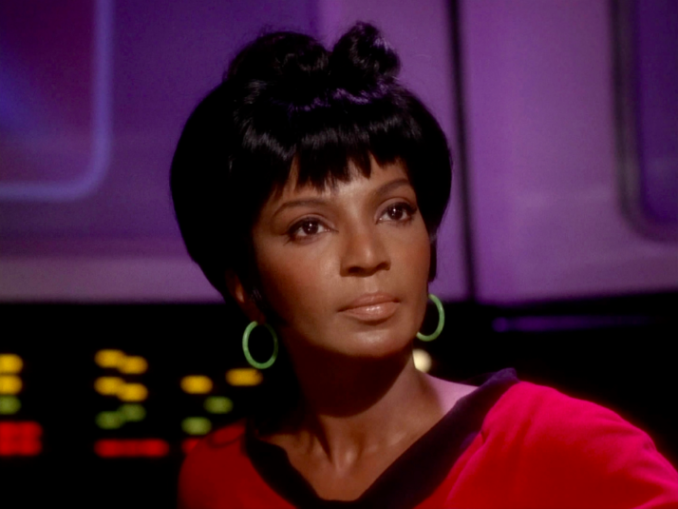 Almost nine decades ago, a few years shy of a century, in fact, a Black girl was born in Robbins, Illinois. The year: 1932.

That girl was actor Nichelle Nichols, who blazed to television fame in the series, “Star Trek,” which debuted in 1966. She played the role of Lieutenant Nyota Uhura, the communications officer for the Starship Enterprise. An actor, singer and dancer, she was discovered by the legendary jazz and big-band composer Duke Ellington. Her stunning beauty and dancer’s carriage struck young boys and also inspired many young girls who aspired to a life on the stage. Although the original TV series only lasted until 1969, it sparked a franchise that continues to this day.

As July marked its last Saturday, Nichelle Nichols left this life. Her son, Kyle Johnson, wrote the following message on her Facebook page. He wrote, “Last night, my mother, Nichelle Nichols, succumbed to natural causes and passed away. Her light however, like the ancient galaxies now being seen for the first time, will remain for us and future generations to enjoy, learn from and draw inspiration.”

Nichelle Nichols played several other roles in her long career, one that played on her science fiction role in “Star Trek.” She called for applications from women and people of color to join NASA, and thousands of applications poured in. Because of reruns, new generations saw and enjoyed her “Star Trek” performances.

For love, not fear, this is Mumia Abu-Jamal.