New York City
Thousands of supporters of the Palestinian struggle for liberation from Zionist settler-colonialism marched through the streets of midtown Manhattan occupying the steps of the IDF office, Grand Central Station, the Egyptian Consulate, Mayor Eric Adams’ International Affairs Office and the United Nations headquarters for nearly three hours. 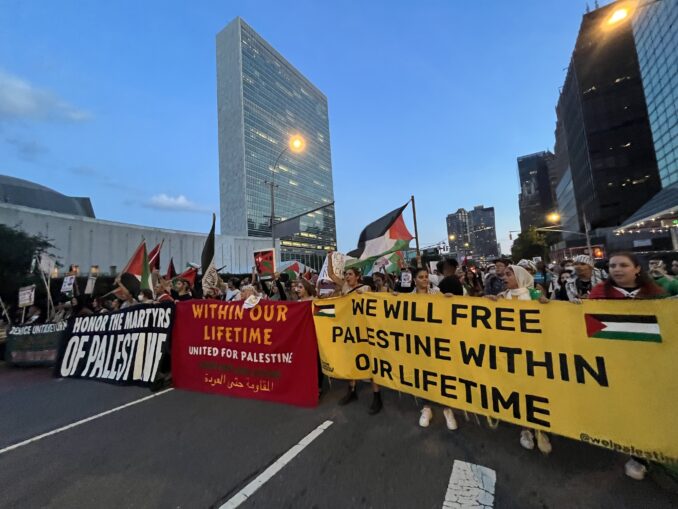 Workers World Party members marched alongside Palestinian-led organizations, including Within Our Lifetime, Samidoun Palestinian Prisoner Solidarity Network, the Palestinian Youth Movement and Existence is Resistance, who organized the demonstration in response to the three-day bombing campaign waged by Israel against occupied Gaza, in which 43 civilians were killed, including 15 children.

As supporters marched through the streets waving Palestinian flags and chanting “resistance is justified, when people are occupied!” they were met with applause by pedestrians and enthusiastic honks by passing cars.

There was a group of pro-Israeli Zionists who tried to disrupt the rally, but they were far outnumbered by the thousands of supporters of Palestine chanting “Palestine will be free, from the river to the sea, within our lifetime!”