The SCOTUS overturning of Roe v. Wade has inspired a wave of reaction. The fervor in support of reproductive autonomy is unlike any I’ve witnessed before, and it is a powerful sign that people in the U.S. are waking up to the fact that democracy in the so-called “land of the free” is a facade. 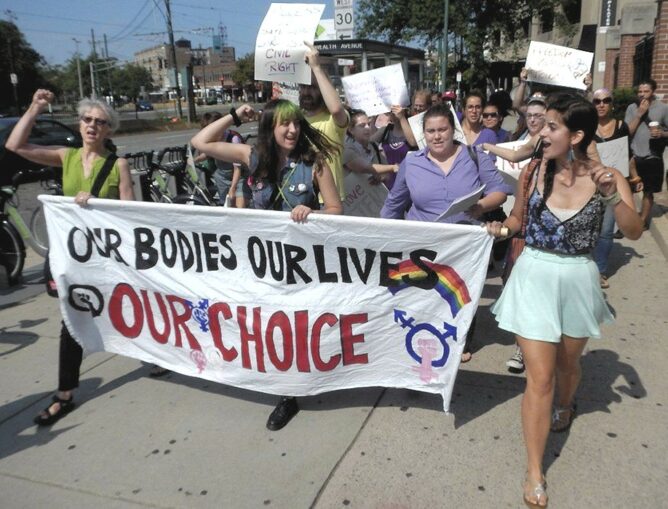 However, I’m noticing a disturbing trend among so-called liberal activists: a tendency to emphasize certain circumstances that lead to an abortion. While browsing the internet, I noticed an Instagram post by Cincinnati Bengals quarterback Joe Burrow that went viral. It had four points detailing that it wasn’t about “killing babies” — it was about paying heed to the extenuating conditions that would make having an abortion an indisputable decision to make.

While the message of the Instagram post was strong and impactful, it played into the same respectability politics liberals like to tap into when it comes to liberation of marginalized people.

In order to appeal to moderates of the Republican Party and moderates in general, liberals like to tailor the message in a way that won’t threaten the status quo of contemporary culture. They have done it when it comes to race; in order to disarm white supremacists holding unsavory views of people of color, liberals will often cater to mainstream respectability and highlight people of color who represent the “American Dream” — well-spoken, highly educated and well-dressed —  in order to counter negative, “ghetto” stereotypes.

Just like the two aforementioned examples, liberals have been sanitizing the fight for reproductive autonomy. The Democratic Party and its shills have not made the case that the right to decide when to bring a baby to term should be held by pregnant people, no matter what the reason or circumstances. Instead they go straight for the heartstrings.

Stories about victims of rape, victims of statutory incest and ectopic pregnancies permeate mainstream discourse, with the purpose of appealing to political moderates who might have a heart. While it is important to highlight these stories in order to pack an emotional punch, the fact of the matter is that many people who seek an abortion do it for other reasons.

And there are millions of people able to become pregnant, for whom it is not an option due to economic hardships, lack of access to safe and affordable health care and, frequently, already having children they are struggling to care for in this crisis-driven economy.

All these and more are valid reasons to want to terminate a pregnancy, and we as activists need to stop appealing to the civility of adversaries. People should be free to do what they want with their bodies, and they shouldn’t have to justify exercising their rights.