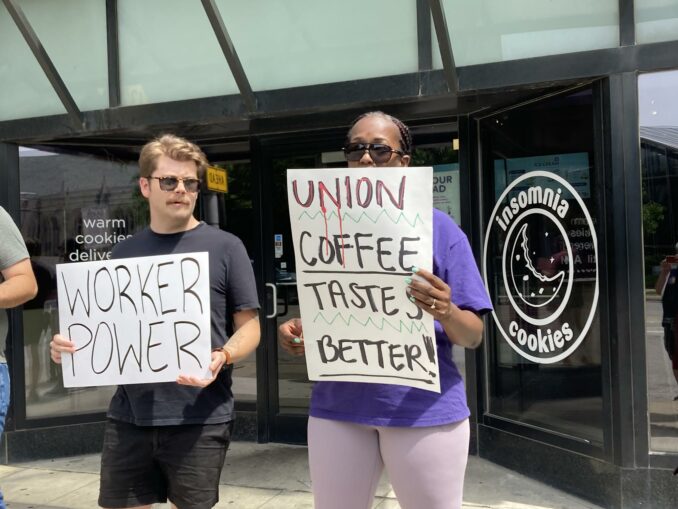 There are now over 200 unionized Starbucks stores in the U.S. Number 200 was the University Circle store in Cleveland, where Starbucks Workers United won a union representation election when ballots were counted July 22. Dozens of union supporters had demonstrated outside the store July 15 (shown in photo) to back the union drive and protest the firing of a union organizer by Starbucks.

This was the third win of the week for Cleveland Starbucks union supporters. Two other stores, one in Cleveland Heights and one on Cleveland’s West Side, were certified as voting unanimously for the union July 19. They followed a downtown Cleveland store that won its union election May 24, also by unanimous vote.

As protesters chanted July 15, “Cleveland is a union town!”