The struggle to bring Brittney Griner home intensifies. The star center for the Women’s National Basketball Association’s Phoenix Mercury has been incarcerated in a Russian prison since her arrest at a Moscow airport on Feb. 17 for drug possession, after vape pen cartridges of hashish oil were discovered in her luggage.

She pled guilty to the charge, hoping this action will eventually lead to a reduced sentence and a possible prisoner exchange between the U.S. and Russia that will bring her back home. She is still on trial. 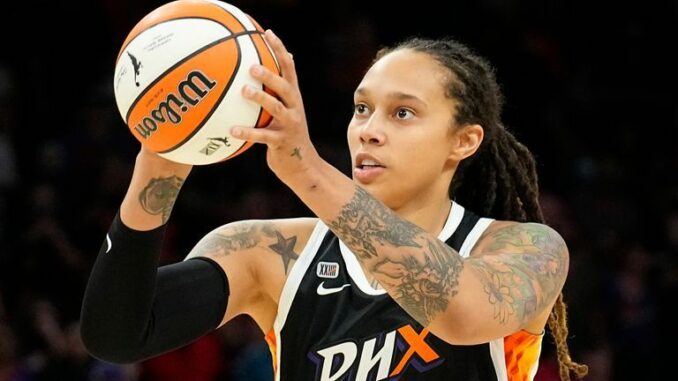 Los Angeles Lakers forward, LeBron James, arguably considered the face of today’s National Basketball Association, stated in a trailer for the latest episode of his YouTube broadcast, “The Shop: Uninterrupted”: “Now, how can she feel like America has her back? I would be feeling like, ‘Do I even want to go back to America?’”

During the WNBA All-Star game on July 10 in Chicago, every player wore a blazer with Griner’s name and her number 42 during the second half of the competition.

On July 5 a letter was hand delivered to the White House signed by an estimated 1,200 Black women urging that President Joe Biden and Vice President Kamala Harris do everything possible to insure Griner’s release. The letter said in part, “It is imperative, President Biden, that you address this ongoing human rights crisis and make a deal to bring Brittney home quickly and safely.”