No Palestinians living under Israeli occupation benefitted one iota from President Joe Biden’s brief Middle East visit. Biden had the executive power to reverse the damage done when former President Donald Trump moved the U.S. Embassy to Jerusalem, recognizing Israel’s control over the disputed capital. Biden chose to not do so.

Biden has never addressed Israel’s responsibility for the murder of Palestinian-American journalist Shireen Abu Akleh, killed by Israeli soldiers in May, as she covered an Israeli Defense Forces operation in the occupied West Bank.

Biden and Lapid discussed preventing Iran from obtaining a nuclear weapon. Yet Israel, which never signed the Nuclear Non-Proliferation Treaty, possesses roughly 400 nuclear warheads and has the ability to deliver them by several methods. Shortly after Biden’s brief visit, Israel escalated its bombing of the occupied Gaza Strip — often referred to the world’s largest open-air prison. 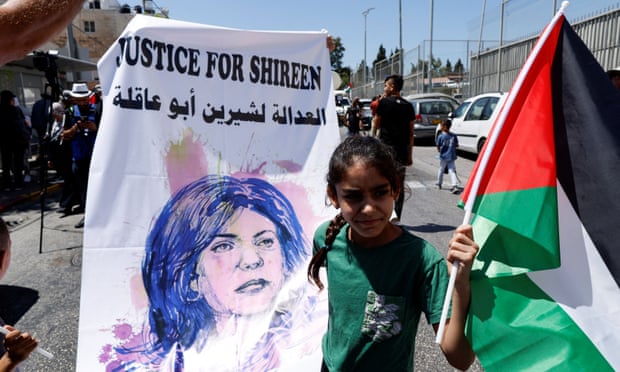 No workers or peasants in war-torn Yemen gained any solace from Biden’s brief trip to Saudi Arabia — one of the worst violators of human rights in the region. Despite Biden’s campaign attacks on Trump and promises to break with Saudi Arabia’s war on Yemen, U.S. imperialism continues to prop up the Saudi effort.

The U.S.-backed Saudi war and blockade of Yemen have resulted in the deaths of over 110,000 people, destroyed the poorest country in the Arab world and left two-thirds of Yemen’s population of 30 million dependent upon international humanitarian aid. Yet Biden continues his predecessors’ policies of backing Saudi Arabia against Yemen, regardless of the human cost.

Biden talks about human rights, then visits two of the Middle East’s worst human rights violators. He criticizes other countries — socialist and those not loyal to Washington — for their alleged human rights violations, yet, as Trump did, visited the Saudi government which executed 81 people just months ago.

Biden spent much of his trip reinforcing Trump’s policies for the region, instead of implementing the policies he campaigned around. Human rights violations were never a concern for Biden’s visit to the region. His priority was securing access to the region’s oil reserves — now that the U.S./NATO-backed war in Ukraine has shut off global access to oil from Russia.

A major plan for the U.S.-instigated NATO war in Ukraine was to set a price cap on Russian oil. So far the Organization of the Petroleum Exporting Countries (OPEC) cartel has refused to go along with the U.S. plan. Washington has made it a priority to keep Saudi Arabia, the third largest oil producer in the world, as an ally, even if it means ignoring significant human rights violations.

During his visit to Saudi Arabia, Biden reportedly failed to confront Saudi Crown Prince Mohammad bin Salman about the Saudi state-sanctioned murder of Washington Post contributor, Saudi journalist Jamal Khashoggi in 2018. When questioned about this by reporters upon his return to the White House, Biden’s very revealing response was “Why don’t you talk about something that matters.”