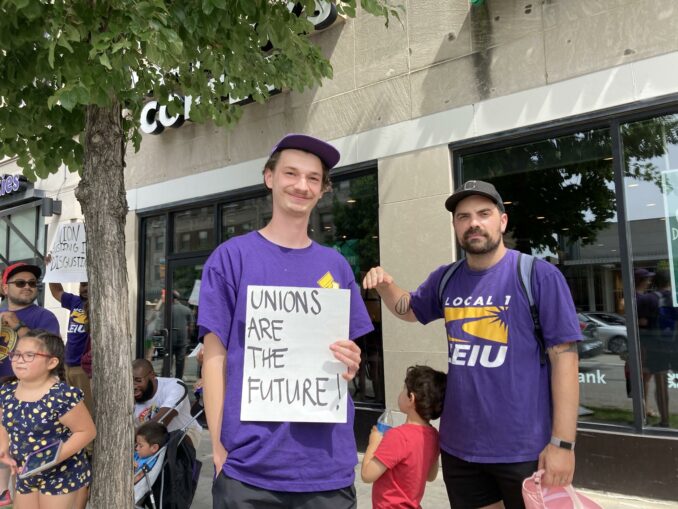 Starbucks workers, union and community supporters demonstrated outside the University Circle Starbucks store in Cleveland July 15. In addition to showing solidarity with the workers trying to unionize that store, demonstrators were protesting the firing of a member of the union organizing committee by Starbucks the week of July 3.

The store, near Case Western Reserve University, is one of three Cleveland stores where the National Labor Relations Board will count union election ballots in July.

Chants of “No contract, no coffee!” rang out as drivers, including union bus drivers and city workers, honked continuously.