“The majority of people who are in prison are there because society has failed them.” (Angela Davis) 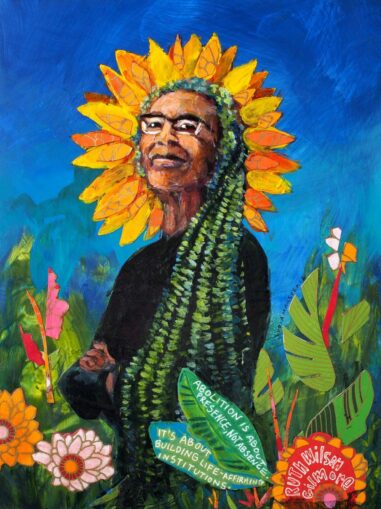 Prison proponents — the police, courts, prosecutors, politicians, corporate media and corporations profiting from prisons — have no interest in prison abolition. They want people to believe that those in prison are really there because they did a bad act and deserve punishment.

Yet abolition is a more recognizable term today than ever. Individual activists, social justice groups and celebrities have been calling for defunding the police (most recently) and an end to mass incarceration for a much longer time. Abolition, simply put, is the tearing down of all entities of oppression. Specifically, prisons, jails, immigrant/migrant detention centers/ICE, parole and probation, the system of policing, the “justice” (injustice) system/courts.

Unlike reform, abolition in its essence calls for going to the root problems of society and dealing with those things from the source, in order to better prevent the symptoms — harms and ills of society. The harm with reform that is not immediately recognizable is that it deepens the already seismic problems or even reproduces the problems that reform claims to be fixing.

Creating a society that does not need prisons means sufficient redistribution of power and money.

Abolition’s significance rings differently, because it is not something tangible people can see possible. Creating an abolitionist society means thinking outside the norm of the hierarchical-power structures in existence. Abolition speaks to a safer society, putting people’s social needs first, seeking restorative justice rather than a court system that seeks retribution.

So why abolition and not reform? Be clear that abolition and reform are two completely different things. Reform is an easy throw-around word that speaks to working on improving policing, for example, but not from the root. Reform tries to tackle the symptoms. Abolition, however, examines the issue of policing and uproots the deep-seated issues from the roots. This can mean doing away with the original matter in the first place.

Abolition of all forms of incarceration allows for our humanness to thrive and these restorative spaces allow for mass incarceration to be chiseled away.

Williams is an organizer with the Campaign to Bring Mumia Home and #LoveNotPhear.