Bulletin:  WW received notice of a new letter from Michael Rivera who wrote: “While active participants in the hunger strike are down to 7 to 10 individuals, around 45 to 50 people in the IMU unit are refusing to do anything with the program, saying ‘without us there is no program.’ We are the majority so they [DOC] either fix it or the program is over.” 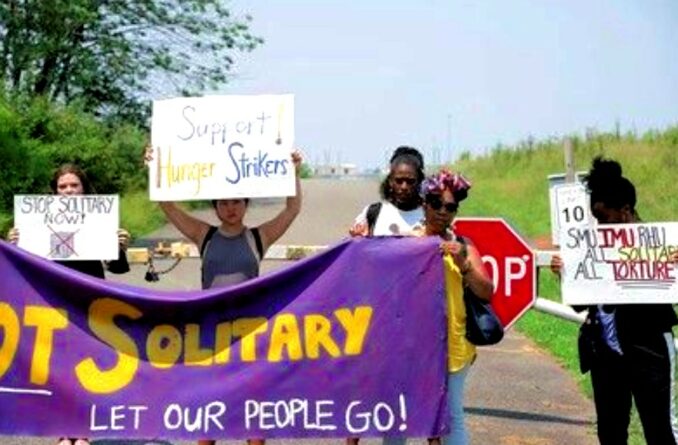 June 23 marked the 16th day of a hunger strike at SCI-Greene, a Pennsylvania Department of Corrections (PADOC) supermax prison. Sixteen incarcerated people are refusing meals to protest the torturous conditions of their indefinite solitary confinement. All are confined in the Intensive Management Unit (IMU) and say they will continue the strike until the state Department of Corrections meets their demand for a pathway out of this solitary torture.

In a June 23 press release, the Human Rights Coalition (HRC), a grassroots prisoner-rights organization, described the inhumane solitary conditions and relayed the strikers’ demands, including access to programming required for parole eligibility. Strikers are calling on PADOC to adhere to its own IMU policy, which stipulates individuals graduate each phase after nine months, especially if they remain misconduct-free.

Additional demands include full access to the commissary to supplement inadequate, cold and uncooked prison food and two additional family visit days that were promised but never granted.

The HRC seeks to bring PADOC in line with the United Nations Standard Minimum Rules for the Treatment of Prisoners, known as the Mandela Rules, which declare placement in solitary confinement longer than 15 days to be torture.

Along with PADOC denying a clear, prompt pathway out of solitary confinement, strikers have been stripped of basic human rights. Authorities have denied “yard time” to entire tiers without explanation, restricted phone calls, withheld personal property and denied access to the law library while confiscating legal correspondence.

PADOC has retaliated against the strikers by charging them a $15 a day medical co-pay for nurse visits they never requested. Barred from holding any type of job, individuals in the IMU can’t even earn the 19 cents an hour prison-slave wages paid by the state. As a result they are being forced into debt.

Michael Rivera, a striker who spent 7 ½ years in solitary confinement, explained why the strike began: “I am not cooperating with these people [PADOC] on any level, because they are weaponizing this IMU program against us — being denied yard, having a light on 24 hours a day in our cell and privileges being stripped with no explanation, no due process, no anything. So, we’re no longer cooperating with this program.”

In June 2021, 20 incarcerated individuals at SCI Phoenix in the PADOC system issued nearly identical demands when they conducted a similar hunger strike.  Many of the people who participated then had been transferred to Pennsylvania from Delaware, following a 2017 uprising at the James T. Vaughn Correctional Center. At that time they were being held in an IMU unit not officially recognized by the PADOC.

One of the main demands of the 2021 strike was that PADOC publicly acknowledge the existence of the IMU and develop clear policies for the individuals held in the unit to transition to the general population.

Prison abolitionist Shandre Delaney challenged a recent PADOC media statement that the IMU goal “is to provide benchmarks/objectives for each inmate in the unit to work toward a way to get back to General Population.” The PADOC also characterized the striking inmates simply as “unhappy” with application of IMU program policy and transfers from other prisons for placement in the SCI Greene IMU.

Delaney told the press: “I find it interesting that they refuse to call the IMU what it is — a long-term solitary confinement unit. Instead, they call it a ‘program’ . . . to give it some legitimacy and obfuscate what it truly is — a torture technique.

“What kind of program has no activities? What kind of program keeps you completely isolated 24 hours a day — not allowed to leave your cell? It is absolutely ludicrous to call the IMU a program. It is a high-tech torture chamber designed to break the wills and minds of rebellious prisoners.”

In order to cover up their illegal and inhumane policy of prolonged, indefinite solitary confinement, the PADOC keeps changing the names used to designate the torture. HRC notes: “The IMU is just the latest in the list of alphabet-soup terms (LTSU, SSNU, STGMU, BMU, RHU, SMU) that the Pennsylvania Department of Corrections has coined for solitary confinement. No matter what name the DOC uses, solitary is torture and needs to end!”

Donations to support the striking incarcerated activists can be made to the Solidarity Not Solitary Fund at tinyurl.com/5n8wy9rj.