Thousands of loud and proud Portlanders lined the streets in the downtown area of Oregon’s largest city on June 19 to show that queer people will not be silenced. As Portland Workers World Party members marched down the sidewalk carrying radical signs, they were delighted to see the overwhelmingly positive reactions. 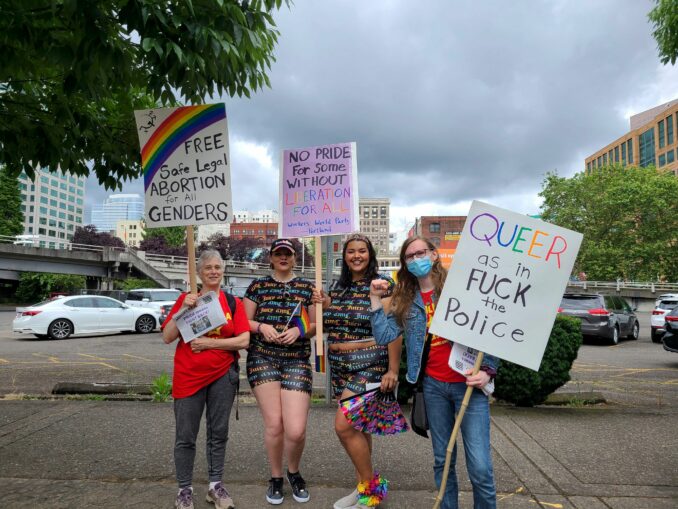 They were approached countless times by people wanting to take their photographs. The WW sign which read “Queer As In Fuck The Police!” attracted the most attention by far.

Over the last few weeks, Portlanders have made it clear that they do not want cops at Pride events and have pushed for an official ban barring police from the city’s celebration. They know who their enemies are.