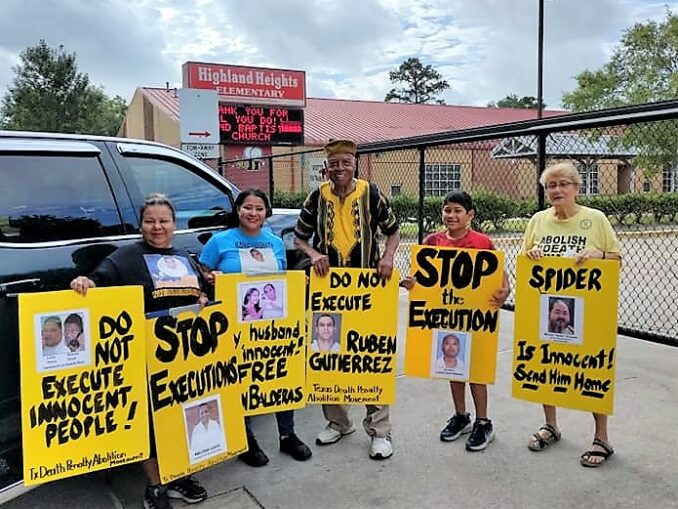 Balderas carried a sign with a photo of herself and her spouse that read, “My husband is innocent. Free Juan Balderas.” Activists marched behind Leonard Benton’s pickup truck decorated with photos and signs condemning the four Texas executions currently scheduled, as well as advocating for others on Texas death row and for freedom for political prisoner Mumia Abu-Jamal. While the adults marched, the youngest abolitionist, nine-year-old Jason Perez handed out candy to those along the sidewalks. In near 100 F heat, there were close to 150 spirited groups participating and almost a thousand people lining the route.

Texas declared Juneteenth a state holiday in 1979, and the U.S. made it a federal holiday in 2021. But African Americans celebrated Juneteenth for over 100 years before that.