June 11 — Eleven incarcerated workers at Pennsylvania’s State Correctional Institution-Greene started a hunger strike June 7. As of this writing, their numbers have grown to 20. They are confined in what the Pennsylvania Department of Corrections calls the Intensive Management Unit (IMU), but prisoners call it “the hole.” 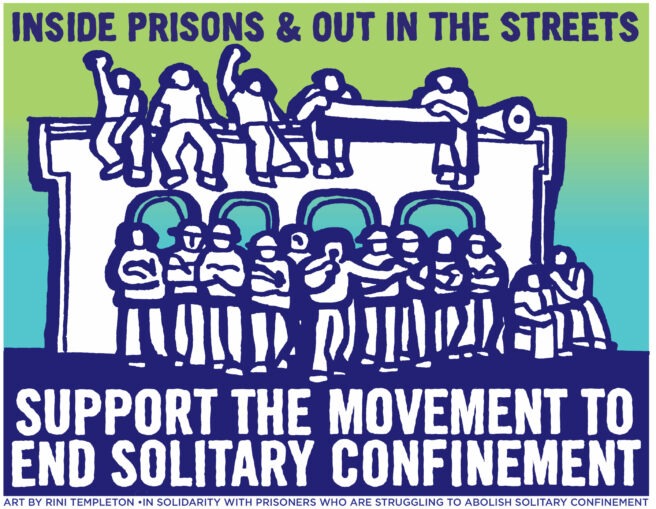 This is an even more restrictive isolation unit within the Restrictive Housing Unit (RHU) — an isolation section of the prison for individuals the state deems “uncooperative” for any number of reasons. Some individuals are on the Restricted Release List (RRL), started March 2021, which along with the IMU are permanent/indefinite solitary confinement units. The DOC uses these units to punish people who the DOC claims broke one of its many conflicting institutional policies.

In a statement sent to the Human Rights Coalition PA, one of the hunger strike leaders Michael Rivera explained their motivation. “Today they arbitrarily changed the procedures for us to go outside, and 90% of the men on my pod were denied their right to go to the yard. So, we’ve decided to stop cooperating on every level, until they start treating us like voluntary program participants, instead of RHU prisoners who are serving disciplinary sanctions.

“For weeks now they’ve been curtailing everyone’s privileges, simply because ‘the handbook says so,’ and we’re no longer tolerating the weaponizing of this program against us. Just like before there are 11 of us that are actively resisting as of now, and we could use your help getting the word out, so that we can spotlight the abusive tactics we’re being forced to endure. As we already proved, sunlight is the best disinfectant when it comes to PIC [prison industrial complex] abuse.”

Rivera, a jailhouse lawyer, was moved to SCI Greene in retaliation for helping men with mental disabilities at SCI Phoenix file lawsuits. Since he has been at SCI Greene, Rivera filed several complaints about the nonexistence of a “handbook for guidance,” for the RRL program.

When the handbook finally came out, privileges were scaled back even if a prisoner had no disciplinary infractions. An attorney has picked up Rivera’s lawsuit challenging RRL.

Striking incarcerated individuals have outlined their grievances. They raise that the strike was triggered by actions of staff. Rivera explained: “Every week they are taking [our] property, not allowing use of the law library/access to courts. It takes three weeks to get into the law library. [They are] telling us we can only have one legal box, despite the number of open cases.

“[The Department of Corrections] DOC is confiscating legal correspondence from the courts — using wrong coding on envelopes. They are telling us even if we complete the program, there is no guarantee of [returning to] population, just ‘consideration’ [for returning to general population].”

The DOC is basically denying abuse complaints and not preserving any camera footage that would support prisoners’ claims. It is denying these incarcerated individuals access to parole, for which some are eligible. Solitary confinement makes it impossible for them to complete the necessary requirements for parole eligibility or consideration.

Prisoners have been stripped of two visits with families.

The prison provides inadequate, cold and often uncooked food, while simultaneously denying access to food in the commissary. Even with that access, prisoners only obtain crackers and cookies rather than protein and other nourishing food.

When strikers missed their ninth meal, the prison retaliated by sending nurses to “check on” the prisoners, charging them $15 per day for each visit regardless of whether they wanted the examinations. So far after four days, most strikers are doing well physically and don’t require medical attention. The “check” is clearly intended to financially penalize them for striking.

With limited outside support the men cannot afford these charges, which amount to a month of work at prison wages of $0.19 per hour. While they are in solitary confinement, individuals cannot work or receive any wages.

The Human Rights Coalition has a #SolidarityNotSolitary fund to put money on commissary for any individuals in “the hole.” This is an attempt to pay off the bogus fees for strikers, so “they can continue their righteous struggle without fear of financial retaliation from the institution!”

HRC urges people to call SCI Green Superintendent Michael Zaken at 724-852-2902 and George Little, Acting Secretary of Corrections, at 717-728-4109 on behalf of the striking prisoners.