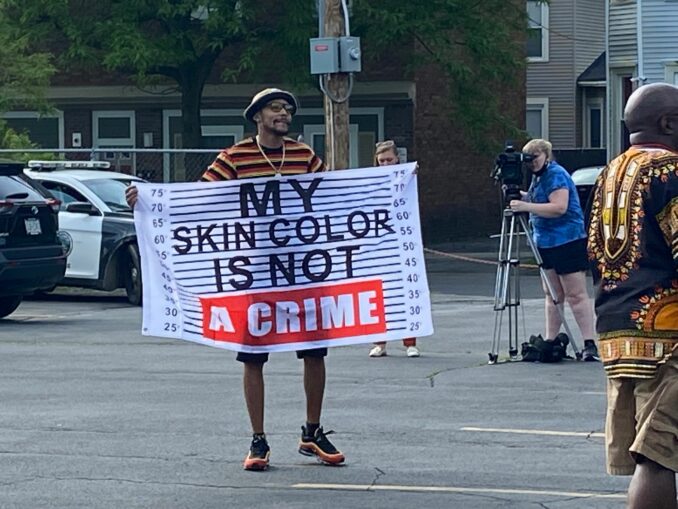 Central New York activists and community members marched in Syracuse on May 25 to memorialize and protest the deaths of 10 Black people — who were family, friends and regional neighbors — in the May 14 white-supremacist massacre in Buffalo. The rally was held on the second anniversary of George Floyd’s murder at the hands of Minneapolis cops.

A crowd of over 50 Black and white people gathered at the Victory Temple Fellowship in the Hawley Green neighborhood with banners: “Stop racism,” “White supremacy is terrorism” and “Black Lives Matter.” They then marched downtown to the main police headquarters, the “Public Safety Building,” chanting “No justice, no peace, no racist police!” Called by the city’s chapter of the National Action Network, other groups attending were Black Lives Matter-Syracuse, Rebirth SYR and Veterans for Peace.