Biden’s grand expectations that hosting the Summit of the Americas this year will demonstrate U.S. influence in the Western Hemisphere is eroding.

Most countries in the western hemisphere have pulled out of the Summit after Biden’s refusal to invite Cuba, Venezuela and Nicaragua. Fifteen CARICOM (Caribbean Community) countries are boycotting the summit. 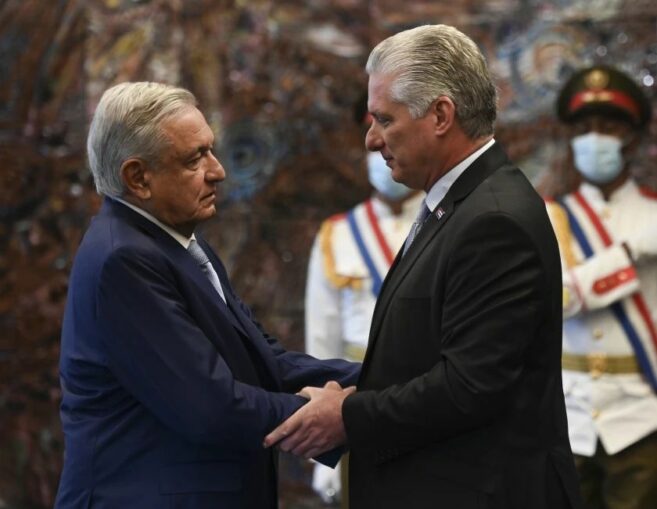 On May 27 the 21st summit of the Bolivarian Alliance for the Peoples of our America (ALBA) met in Havana, Cuba. ALBA rejected the unilateral measures against Venezuela and Nicaragua and the economic blockade against Cuba. ALBA, created by Venezuela and Cuba in 2004, is a coalition of 11 anti-imperialist Latin American countries with independent trade agreements that build independence, solidarity and cooperation.

Mexican President Andrés Manuel López Obrador announced at the ALBA summit that he was not going to attend Biden’s summit but may instead send Mexico’s foreign minister.

Venezuelan President Nicolás Maduro called the gathering “a firm, forceful and absolute rejection of the imperial vision that seeks to exclude peoples from the Americas.” (tinyurl.com/yc6phn8z)

Guatemala, Argentina, Bolivia and Honduras are not going to the Summit either, because of their own disagreements with the Biden administration. This underscores the inability of the U.S. to offer the kind of trade agreements and support those countries are getting from China.

The Workers’ Summit and the People’s Summit

Two coalitions are organizing to oppose Biden’s summit: The Workers’ Summit in Tijuana, Mexico, is June 10-12, WorkersSummit.com; and The People’s Summit in Los Angeles is June 8-10, PeoplesSummit2022.org.

Both actions plan to stream their program live: the People’s Summit (peoplessummit2022.org/program) June 8-10 in Los Angeles at Trade Tech College; and Workers’ Summit (workerssummit.com), June 10-12 in Tijuana at the East Campus of the University of Tijuana.