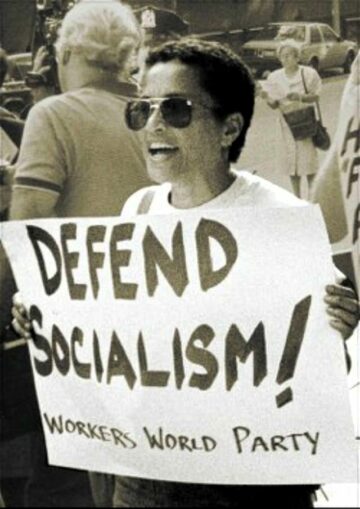 book, “Haiti: A Slave Revolution — 200 Years After 1804.  Go to  iacenter.org/wp-content/uploads/Hait-Book.pdf  to read the book.  Almost 20 years after this article first appeared, the Haitian people are still owed tens of billions of dollars in reparations by French and U.S. imperialism.

The Republic of Haiti will mark the 200th anniversary of its independence on Jan. 1, 2004. Preparations for celebrating the bicentennial are being made against the backdrop of a deepening economic crisis in that oppressed country, exacerbated by economic sanctions.

“For over two years,” reported the May 23 Inter Press Service, “the United States, the European Union and multilateral lenders have been holding up some $500 million in aid and loans, because they say Aristide’s government and Lavalas Family party have failed to reach a compromise with opposition parties, which boycotted the 2000 Presidential race after protesting allegedly fraudulent parliamentary contests in 2000.”

The Washington-backed “Democratic Convergence” is made up of 15 tiny bourgeois opposition parties, ranging from hard-core Duvalierists to social democrats, with no real support in the popular masses. The group is similar to the imperialist-backed “Democratic Coordination” in Venezuela that has unsuccessfully tried to oust progressive Venezuelan President Hugo Chavez. The Convergence has reportedly received some $120 million from the U.S.-based right-wing National Endowment for Democracy.

In response to the imperialist maneuver to force a “regime change” by tightening the economic squeeze, Haitian President Jean-Bertrand Aristide has called on France — the original colonial power — to make restitution for an indemnity Haiti was forced to pay after militarily defeating the French, forcing slavery’s end and declaring independence.

The French government in 1825 had demanded 90 million gold francs to “compensate” white planters for property loss, due to the revolutionary war. It was decades later that Haitian independence was recognized and devastating sanctions lifted. The Aristide administration calculates the sum owed Haiti by France, including interest, to be well over $21 billion.

The indemnity insured that Haiti would remain in debt to French financiers for most of the 1800s.

Reparations for hundreds of years of forced labor are also being demanded. This call is supported by African American organizations that have launched a movement for reparations in the U.S. Aristide first sounded the call on April 7 at a massive gathering in front of the National Palace marking the 200th anniversary of the death, in a French prison, of revolutionary leader Toussaint L’Ouverture.

Almost two months later, at a June 3 press conference during the G-8 summit of capitalist vultures in Evian, France, French Foreign Ministry spokesperson François Rivasseau arrogantly rejected the demand. The summit was protested by thousands of antiwar and anti-globalization demonstrators. Rivasseau cited loans made to the Haitian government, while blaming alleged corruption and mismanagement by the Aristide administration for Haiti’s economic problems.

At a May 23 “Flag Day” celebration attended by thousands of students and other supporters, Aristide condemned global poverty and the Third World debt. “Two hundred years after the victorious revolution,” he said, “the bull that turns the mill doesn’t get to drink the sugar syrup. We refuse to be slaves to subhuman misery.” (Inter Press Service, May 23, [2003]).

Why is Haiti so poor?

The main political point made by the bourgeois “National Convergence” — like that of the racist white colonizers and imperialists — is that Haiti is wrenchingly poor because the slaves killed all their white masters to gain independence and liberty. Haiti has consequently remained poor and dependent and in need of U.S. resources and technology. Government corruption is also a fundamental part of the problem, they say. 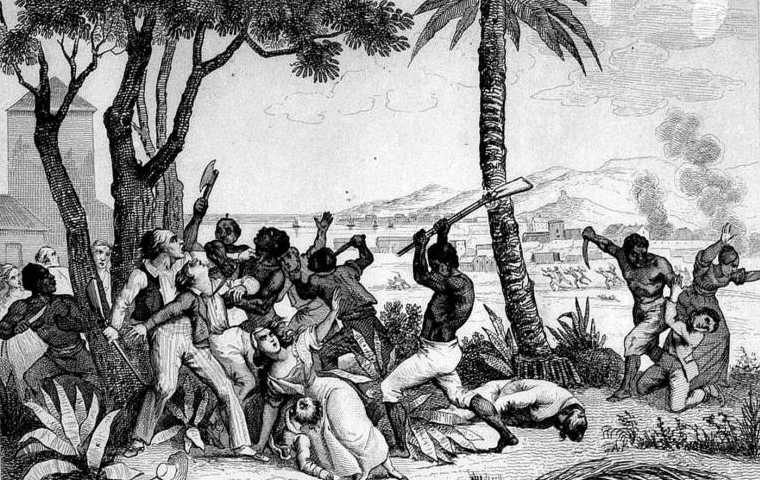 But this grossly distorts reality. Haiti’s poverty lies mainly in the centuries-long crime of slavery, which produced enormous wealth for France, followed by 200 years of economic, political and military aggression waged by the European and U.S. bourgeoisies against the first free Black republic. The only country in the world where enslaved people had liberated themselves by overthrowing their masters, Haiti was a powerful symbol of resistance and had to be punished.

The country’s liberation was a beacon of hope for an end to slavery everywhere. It sent shock waves through the Americas and European capitals growing fabulously rich from the brutal trade in human Black cargo. Fearing the implications for their own slave-based economies, France joined forces with the U.S. and other European powers.

In fact, after the first rebellion in Haiti, U.S. President George Washington — a slave owner himself — directed his secretary of state, Thomas Jefferson — another slave owner — to give the white planters in Haiti $400,000 for arms and food to resist the uprising. The U.S. did not recognize Haitian independence until after its own Civil War ended slavery some 60 years later.

On Jan. 1, 1804, Haitian revolutionary hero Gen. Jean-Jacques Dessalines had declared the country’s independence. His proclamation was the culmination of years of a national liberation struggle enacted by enslaved African people, who had freed themselves in a revolutionary upsurge that started at a Voodoo ceremony in 1791. Voodoo, as a result, has been turned into a pejorative term.

The twisted, sadistic form of colonial logic — where the white oppressors get compensated for their loss of the ability to cruelly exploit, while the Black victims are condemned to punishing poverty — was also applied in Jamaica, under the British colonialists, and in the U.S., after slavery ended.

The foreign imperialists and their collaborators among Haiti’s bourgeoisie have a daunting task ahead. It is one that will surely fail as the people — supported by a solidarity movement abroad — continue to draw on their long history of struggle and resistance against racist demonization, neoliberal capitalist exploitation and imperialist plunder.