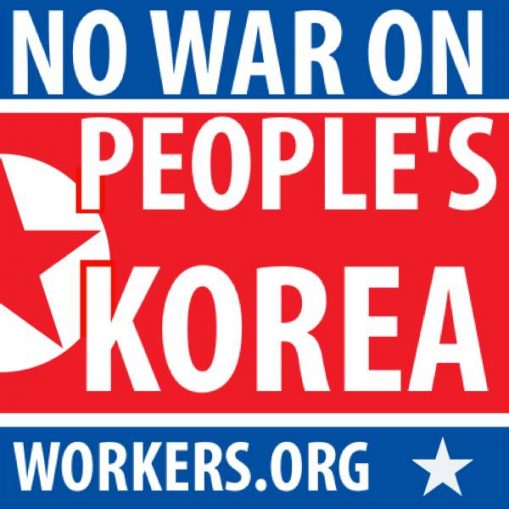 President Joe Biden used his first trip to Asia as an opportunity to renew saber-rattling against the People’s Republic of China and the Democratic People’s Republic of Korea. In Japan May 23, when asked if the U.S. would “defend” Taiwan militarily if China were to intervene, he replied, “Yes, that’s the commitment we made.” (Reuters, May 23)

During a three-day visit to South Korea starting May 20, Biden met with business leaders and held a summit with recently elected President Yoon Seok-youl. The former prosecutor ran on an anti-communist platform. The two leaders discussed an expansion of joint military exercises against socialist Korea. Such exercises had slowed down following the meeting between Donald Trump and DPRK leader Kim Jong Un in 2019.

As a result of Yoon’s threats and calls for strengthening sanctions against the DPRK, the socialist government was forced to launch its first intercontinental ballistic missile since 2017. This action was carried out shortly before Yoon’s inauguration, in order to send a message to the new South Korean regime.

Biden and Yoon used “denuclearization” as an excuse to threaten the sovereignty of North Korea. The DPRK not only has a right to exist but has also a right to self-defense, up to and including the production and use of nuclear weapons. Biden and Yoon deliberately ignore the fact that their governments have terrorized the people of North Korea ever since U.S. imperialism forcibly tore the country apart in an attempt to overthrow the socialist revolution that started in 1945.

When asked if he would be willing to meet with Kim Jong Un, Biden hypocritically commented, “It would depend on whether he was sincere and whether it was serious.” (The Hill, May 21) As the current commander-in-chief of the imperialist military that tried to slaughter the population of Pyongyang from 1950 until 1953, Biden has no right to demand sincerity or seriousness from the leadership of North Korea.

Biden took advantage of the current COVID-19 crisis which the DPRK is facing by claiming, “We’ve offered vaccines, not only to North Korea but to China as well, and we’re prepared to do that immediately.” But, he said, “We’ve got no response.” (BBC, May 21)

Yet it is the sanctions and trade embargo imposed by the U.S. that is to blame for any COVID-19 related problems the DPRK is now facing. The people of socialist Korea have had no other choice but to practice self-reliance, recognized as Juche thought, following the Soviet Union’s collapse in the 1990s.

Washington, along with its puppets in South Korea and its imperialist allies in Japan, have done everything they could to cut off North Korea’s access to food and medicine. The U.S. has no interest in supplying vaccines to the DPRK or China, and the workers of those countries know that.

Following his visit to South Korea, Biden is scheduled to go to Japan. There he is expected to meet with leaders of Japan, Australia and India. These countries and the U.S. are members of the Quadrilateral Security Dialogue, an Indo-Pacific strategic alliance known as the “Quad.”

The Quad’s goal is to weaken China, which has compelled the Chinese Communist Party to conduct special military drills in the South China Sea. Washington seeks to build a wedge between China and Russia, but Western imperialist threats and aggression have pushed the two countries closer together in recent years. NATO’s proxy war against Russia in Ukraine is the most recent example of how the U.S. is unintentionally strengthening the ties between these two countries.

Revolutionaries and anti-imperialists in the U.S. must demand: “‘U.S. Hands Off People’s Korea and China!”