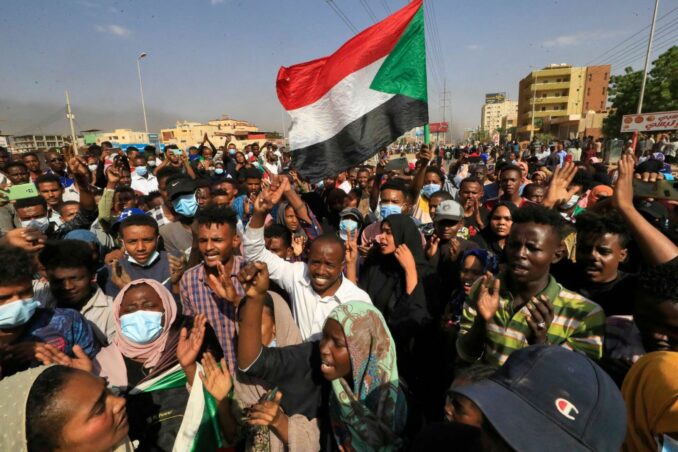 Following the upsurge of violence in the Western Darfur region, where “ethnic conflicts” have been registered, the situation in Sudan is getting worse. The political forces that oppose the military junta in power charge that such confrontations show the “failure” of the coup government to “fulfill its duties toward its citizens.”

At the same time, moves are underway to “resolve” the Sudanese political crisis.

In late April, envoys from the United States, the United Kingdom and Norway, senior officials from France and Germany, and representatives of the European Union began talks in Khartoum, Sudan’s capital, with parties to discuss a return to civilian rule. The Forces for Freedom and Change (FFC) and the Resistance Committees, made up of the Sudanese Communist Party, refused to take part in the negotiations with the coup authorities.

Western delegations held meetings with parties and the military to discuss the political crisis and the possibility of economic “aid.” The nature of such “aid” — outright blackmail — became clear when it was learned that if the formation of a “credible” civilian government did not move forward, any financial support to Sudan would be “conditioned by the international community.”

Without such support, the country could lose billions of dollars in “assistance” from the World Bank and the International Monetary Fund, and debt relief would be “at risk.”

North Americans and Europeans also met with members of the United Nations tripartite initiative, made up of its Integrated Mission for Transition and Assistance in Sudan (UNITAMS); the African Union (AU); and the Intergovernmental Authority on Development (IGAD), a regional bloc of eight East African countries, including Sudan.

The FFC and the Resistance Committees have rejected joining the dialogue proposed by the tripartite mechanism (UNITAMS, AU and IGAD), which will take place between May 10 and 12.

Jafar Hassan, leader of the FFC, clarified that they will only participate in a dialogue that clearly identifies the parties responsible for the crisis and gives a correct reading of the situation. He stressed that they will not be part of talks that legitimize the coup. He criticized the tripartite mechanism’s willingness to negotiate with the military responsible for the Oct. 25 coup and with parties that were allied to dictator Omar al-Bashir, overthrown three years ago by the force of popular demonstrations.

Hassan confirmed the revolutionary forces’ categorical rejection of any offer to sit at the table with groups that supported the 2021 coup. And he insisted that the proposed dialogue would be a dialogue among coup plotters, in which the forces that reject the coup would not participate.

Similarly, the Resistance Committees, deployed mainly in Khartoum, have made public their firm refusal to engage in the dialogue sponsored by UNITAMS, AU and IGAD.

Omar stated that the people have lost confidence in the military authorities and consider any agreement with the generals to be the legitimization of the coup and the legalization of violence. And he argued that the solution to the crisis in Sudan is to overthrow the coup regime and install a democratic government.