Corporate advertisers change their slogans regularly. How many of us remember “Look for the golden arches?” We can date ourselves by what we can recall.

But it’s a different story with the slogans of the working class. “An injury to one is an injury to all” has stood the test of time. The same with the chorus of U.S. labor’s most famous anthem: “Solidarity forever, for the union makes us strong.”

The slogan that has resided on this paper’s masthead for decades is “Workers and oppressed people of the world unite!” It’s not new. Over 100 years ago, V.I. Lenin modified the famous call in the Communist Manifesto of 1848 by adding “oppressed people.” He deemed it necessary to include the masses of colonized nations who were not yet part of the working class, but for whom only a socialist revolution could bring true national liberation. 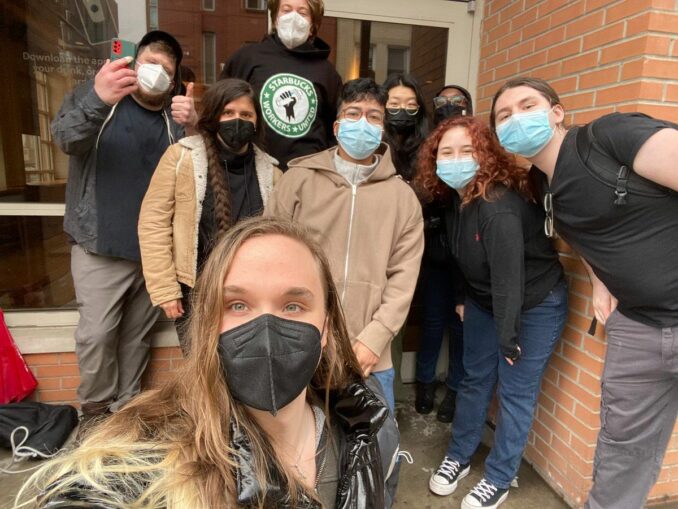 Today we remind ourselves that the struggle of the most oppressed for liberation is part and parcel of the fight for socialism. Solidarity against national oppression — racism and white supremacy in the U.S. —  and other forms of special oppression is how we build working-class unity. It’s part of building a global, classwide movement to bring down the capitalist system of exploitation.

International Workers Day — May 1, May Day — is when, on the same day all over the world, workers demonstrate their power. The day was declared in 1889 at a socialist conference and recognizes a mass protest three years prior, where workers, many of them immigrants, demonstrated in Haymarket Square in Chicago for the eight-hour workday. Eight workers and union leaders were framed by the state of Illinois for the killing of a police officer; five paid the ultimate price.

‘We have shown that we can win’

For decades May Day, recognized around the world, had barely been celebrated in the U.S. In 2005 the Million Worker March Movement led a May Day march in New York City. In 2006 millions of immigrant workers held a general strike, one of the few political strikes and by far the biggest in U.S. labor history. May Day is now again commemorated every year across the country.

This past year has witnessed a marked increase in the number of strikes and union drives. In the U.S. Starbucks and Amazon workers have led the way. With organizing drives at 220 or more Starbucks stores, workers have filed for a union election with the National Labor Relations Board at about 30 eateries, and so far the union has won at all but one store. The Amazon Labor Union (ALU) won its first — and definitely not its last — election at a warehouse in Staten Island. This is a Black-led union with many immigrant members from all over the world.

In a joint May Day statement, Starbucks Workers United and the ALU said: “From Buffalo, New York, to Memphis, Tennessee, to Staten Island, New York, and Bessemer, Alabama, Seattle, Mesa, Arizona, and everywhere else, we remain persistent and determined to continue to fight for a better workplace and a better world. With many major victories, we have shown we can win. But it is only possible when we unite together in our common interests.”

Last year total union membership in the U.S. fell by 300,000 members, continuing a decades-long pattern of decline. But so far this year, at nearly 1,000 different workplaces, workers have filed for a union election. The filings are trending upward, with over 200 so far in April. (nlrb.gov)

Labor’s fortunes are about to be reversed by a new, youth-led working-class upsurge! This is part of a global resurgence of the class struggle, with mass strikes in India, Haiti, Colombia, France and other countries over the past year.

Lenin’s call to action is hardly out of style. Workers and oppressed people of the world, unite! You have nothing to lose but your chains!