April 19 — They came to America to escape from interethnic wars in the DRC, the Democratic Republic of Congo, in central Africa. Like many refugees of war, they thought that America was the land of peace. The Lyoya family settled in Grand Rapids, Michigan, and began living their lives as refugees have done for generations. 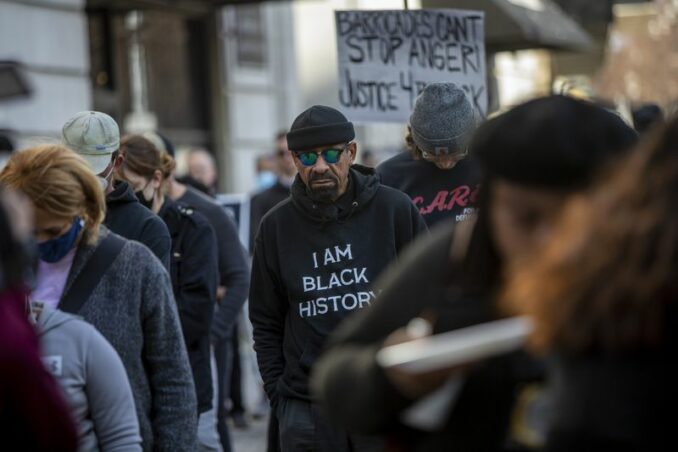 But something as small as a traffic incident revealed the limits of the land of peace. When 26-year-old Patrick Lyoya faced a traffic stop, he apparently felt unsafe after a cop stopped his vehicle. He bursts into a sprint with a cop in hot pursuit. When the cop pulls a Taser, Lyoya seems to cover it with his hands, thus blocking its effect.

Someone points a phone cam at the altercation, which shows a cop seemingly on Lyoya’s back, pushing his head downwards. A shot is heard, and Patrick Lyoya is gone, dead from a bullet in the back of his head. Once again, driving while Black is a capital offense.

For Love not Phear, this is Mumia Abu-Jamal.

These commentaries are recorded by Prison Radio.org.