Melissa Lucio, the first woman of Mexican descent on Texas’ death row, has lived in relative anonymity since being convicted of capital murder in 2008 in the tragic death of her young daughter. Now she is facing execution on April 27 for a crime that never occurred. Lucio has maintained her innocence for 14 years. 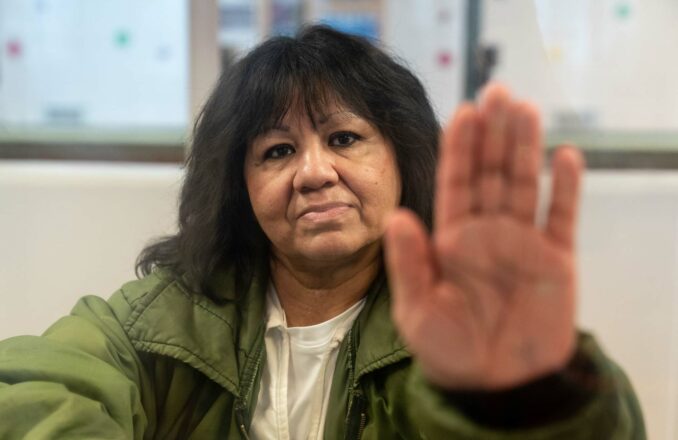 But Lucio is no longer anonymous. Support for her has grown. At this critical time, calls for clemency have come from Hollywood celebrities, five of her original jurors, 87 state lawmakers, 130 faith leaders and Pope Francis. Other supporters are 225 domestic violence/sexual assault organizations and 30 Latinx advocacy groups.

The State of Texas v. Melissa, a documentary produced by Sabrina Van Tassell in 2020, follows Lucio’s case and exposes the racist, misogynist injustice dealt to her. It was selected for the Tribeca Film Festival in 2020, and won best documentary at the Raindance Film Festival. (It’s on Hulu.)

The Innocence Project’s website lists “9 Facts You Should Know About this Innocent Woman Facing Execution,” summarized below.

Two-year-old Mariah’s death was a tragic accident, not a murder. She fell down the stairs, appeared uninjured, and two days later, didn’t wake up. Two hours after Mariah’s death, Lucio was interrogated, while in shock and pregnant with twins.

Cops berated and intimidated her for over five hours.  After this browbeating and after Lucio said over 100 times that she did not cause her child’s death, she was coerced by a Texas Ranger into what he misconstrued as a confession at 3 a.m. She just wanted the interrogation to be over. Experts concluded that Lucio “was relentlessly pressured and extensively manipulated” during the interrogation.

Judge Catharina Hayes wrote on behalf of the seven dissenting judges on the Fifth U.S. Circuit Court of Appeals: “The State presented no physical evidence or witness testimony establishing that Lucio abused Mariah or any of her children, let alone killed Mariah.” Lucio had no prior record of violence.

Lucio is a survivor of life-long sexual assault, beginning at age six, and domestic violence. The trial court denied testimony about this history, and how it shaped her reactions following her daughter’s death. But the Texas Ranger who coerced her incriminating statement testified for the prosecution that her behavior showed she was guilty.

Former Cameron County District Attorney Armando Villalobos was seeking re-election in 2007, and sought Lucio’s conviction to appear tough on crime. Today, he is serving a 13-year federal prison sentence for bribery and extortion.

Lucio’s family was torn apart. Her 12 children were aged 2 to 15 when she was arrested. She gave birth to twin boys while in jail, and gave them up for adoption. The other children were split up, some sent to live with relatives, others placed into foster care.

Tivon Schardl, chief of the Capital Habeas Unit of the Federal Defender for the Western District of Texas and one of Lucio’s attorneys, said, “Texas tore this family apart through the cruelty and injustice of Ms. Lucio’s wrongful conviction. Her children, mother, and siblings have been traumatized by Ms. Lucio’s arrest, prosecution, and death sentence.”

On April 15, Lucio’s attorneys filed a 242-page application for a writ of habeas corpus asking the Texas Court of Criminal Appeals to stay her execution and vacate her conviction and death sentence. For the first time, the courts will have the opportunity to consider the new scientific and expert evidence showing that her conviction was based on an unreliable, coerced confession and unscientific false evidence that misled the jury.

The attorneys’ petition details the police investigators’ and prosecutors’ gender bias. Professor Sandra Babcock, Cornell Center on the Death Penalty Worldwide Faculty Director and another of Lucio’s attorneys, said: “Police targeted Melissa because she did not fit their image of how a grieving mother should behave.

“They used interrogation tactics that replicated the dynamics of domestic violence, that told her  … to acquiesce … [and] take responsibility for Mariah’s injuries. New linguistic analysis shows that while the police treated Melissa as a suspect, they treated her partner like an innocent victim, even though he was Mariah’s caretaker, and had a history of intrafamilial violence. He is now a free man.”

Lucio’s oldest son, John, and his spouse Michelle, several of Lucio’s siblings and her mother have traveled throughout Texas, spoken at press conferences, marched, shown the documentary, testified before state legislators and held zoom meetings when they visited Lucio at Mountain View Prison.

Instead of preparing for an Easter celebration with her children and grandchildren, Lucio will be counting down the hours to see if she will live.