The labor movement has had a growth spurt since the 2020 demonstrations against racism that followed the police murder of George Floyd. Adding to the surge was the bosses’ disregard for workers’ lives during the pandemic. From hospitals to schools to factories to retail stores, workers are rising up against the ruling class.

Now in 2022 there are worker-led victories over the mega-corporations Amazon and Starbucks!

Workers continue to wield the ultimate weapon of the strike – their ability to withhold their labor power until their demands are met and their rights are won. 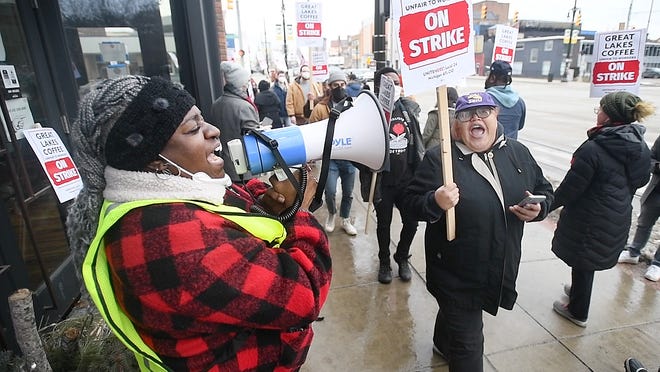 There have been hundreds of strikes in the past twelve months. Some were as short as a day and others have stretched for months, like strikes of the Brookwood coal miners in Alabama and the St. Vincent nurses in Massachusetts. According to the Cornell Industrial and Labor Relations StrikeTracking Tool, workers are officially on strike at these businesses and organizations, as of April 9: