One year ago on April 9, Ramsey Clark – an internationalist and human rights fighter – died at the age of 93. No one up to now has taken his place. It was a special, unique one: He had been an attorney and member of the U.S. ruling establishment who, nevertheless, dedicated the second half of his life to speaking up for the oppressed of the earth. 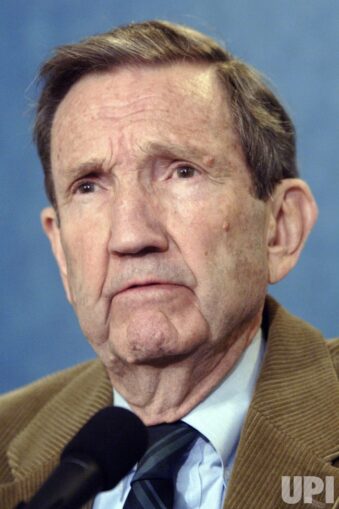 This meant defending the peoples of Panama, Iraq, Yugoslavia, Afghanistan, Libya and Syria – among others – from invasions by the army of U.S. imperialism and its allies.

It meant defending the political prisoners of this same empire, in which he had once been U.S. attorney general.

It meant – and this is something really missed today – resisting the ideological domination of the imperialist propaganda machine, which turns every leader who challenges U.S. domination into the Devil.

Ramsey Clark turned this Big Lie around and prosecuted the rulers of the empire, people he knew so well, for the crimes they had committed – war crimes and crimes against humanity.

There are billions of people around the world who miss Ramsey Clark’s voice at this moment of world crisis. They must still win.