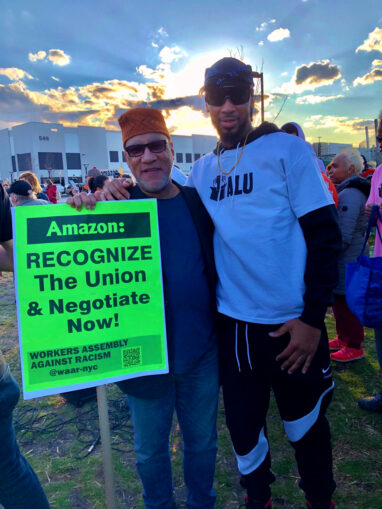 The Amazon Labor Union held a “We Made History” press conference April 8 in Staten Island across from Amazon’s JFK8 warehouse. Most of the elected leaders of this Black-led union spoke about what led them to the ALU union drive and their participation that led to victory. Close to 100 supporters attended. 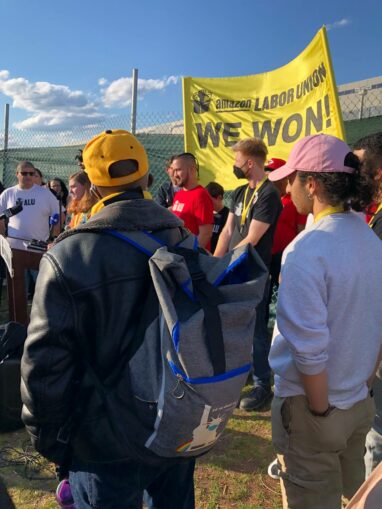 The ALU won a majority of votes in an NLRB-supervised election held March 25-30, making JFK8 the first unionized Amazon facility in the U.S.

-Photos and report by Toni Arenstein