This resolution was passed unanimously by the delegate assembly of the San Francisco Labor Council on April 11. 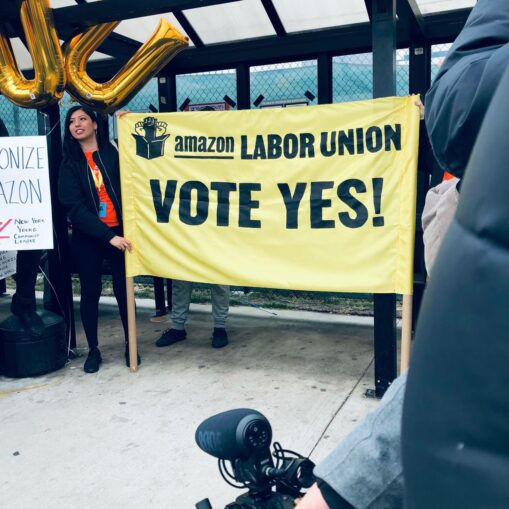 Whereas, Amazon workers at a mammoth warehouse on Staten Island, N.Y., voted on March 25-30, by a decisive margin, to be represented by the independent Amazon Labor Union (ALU); and

Whereas, this is the first time a union has been voted in at any U.S. facility of this giant, anti-union corporation; and

Whereas, this union victory comes at a time of an upsurge in many sectors of the U.S. working class, including a wave of breakthrough union wins in NLRB-supervised elections at Starbucks coffee shops,

Therefore, Be it Resolved that the San Francisco Labor Council write a letter of congratulations and solidarity to the Amazon Labor Union for their bold campaign to organize the unorganized in a key industry – an inspiring victory of which the entire labor movement can be proud.