About 200 people marched here April 2 to support legalization of rent control and to protest rapidly rising rental costs.  As landlords continue to buy up all available housing, they have raised prices faster than almost anywhere else.  The march, sponsored by the Atlanta Housing Justice League, brought together many tenant activists with individuals fighting evictions and gentrification.  The march started from a fenced off park in the middle of the city and continued to a fenced off state capitol building in downtown Atlanta. 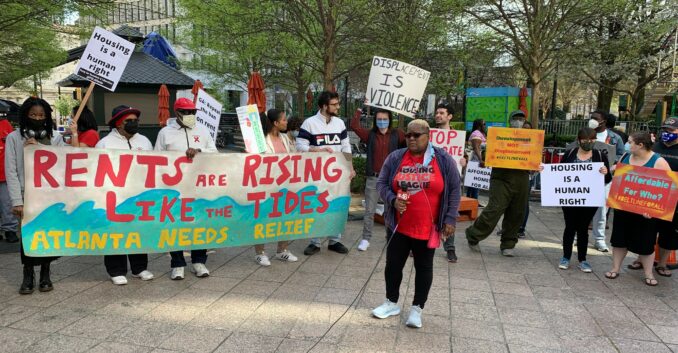