A gigantic countrywide general strike over political demands — known in India as a “bharat bandh” — brought out workers, students and farmers March 28-29. Media reports claim at least 50 million workers participated. Amarjeet Kaur, General Secretary of the All India Trade Union Congress, put the number closer to the 200 million that unions had predicted ahead of the strike. She said more joined the second day. 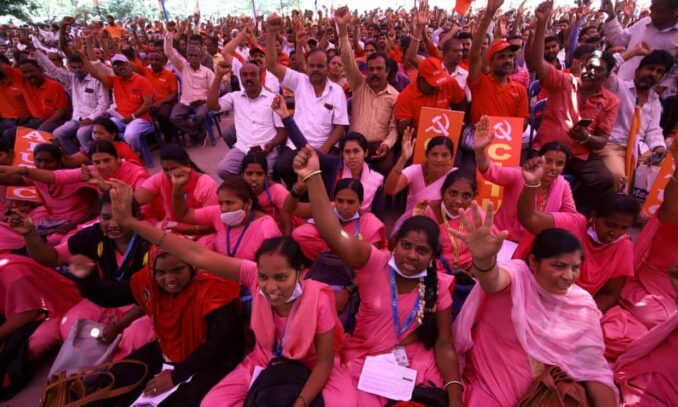 Nearly all of India’s 28 states and eight “union territories” (under federal governance) were impacted. Ten of the 11 labor federations came together around a program of demands, targeting new antilabor laws, privatization, precarious work, low agricultural wages, rising fuel prices, growing poverty and other concerns. They have formed the “Platform of Central Trade Unions and Sectoral Federations and Associations.”

Only the labor federation allied with Bharatiya Janata Party, the party of far-right Prime Minister Narendra Modi, did not participate.

Some unions raised additional demands specific to their sector. The All India Bank Employees’ Association, for example, opposed the privatization of state-run banks and called for lower service fees and higher interest rates for customers. The strike halted or curtailed banking operations in much of the country. 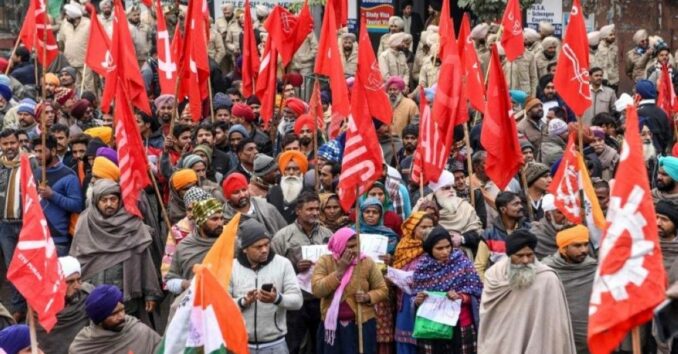 Workers in a wide range of industries, including mining, manufacturing, transport and agriculture, participated in the bandh. Students joined workers in blocking roads, even engaging in a playful game of cricket in the middle of the road in West Bengal. Farmers associations, who pushed back anti-farmer legislation last year after a one-year militant struggle, supported the two-day strike and are planning a new wave of demonstrations this month.

Since the election of Prime Minister Modi in 2014, there has been mass resistance to his xenophobic, Islamophobic and anti-worker policies. There have been several “All-India bharat bandhs,” most recently the strike of 2020 that brought out 250 million workers and allies. Millions of unorganized, unemployed and “informal” workers have taken part in these general strikes, including the most recent.

In a country of over 1.4 billion people, with 560 million categorized as workers, even the low estimate of 50 million represents a huge expression of working-class power.