I had the distinct honor of meeting Assata Shakur in person at the 1997 World Youth Festival in Havana, Cuba. I was all the more surprised when she recognized me as the 1996 presidential candidate for Workers World Party. A year later, in 1998, during a New York City memorial for Workers World Party Chairperson Sam Marcy, Assata sent a moving message of condolence to our organization. Assata has been living in political exile in Cuba since 1979. 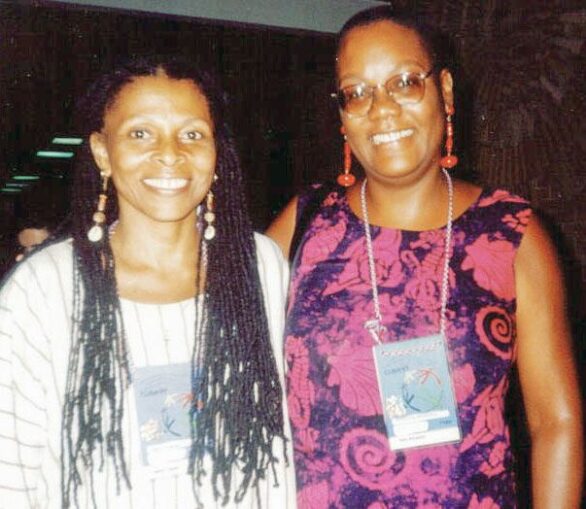 So when the FBI posted a $2 million bounty May 2 for the return of Assata to the U.S., not only did it anger me and countless others, but it also reminded me of another a bounty put on the head of another freedom fighter over 160 years ago — Harriet Tubman.

Both of these courageous women sacrificed much in their lives, including any kind of a normal family life, to join important movements to free humanity from oppression. Harriet was born into slavery, only to escape to join the Underground Railroad, where, as a conductor, she brought hundreds of enslaved people of African descent to freedom in the North, including to Canada. She was so hated by the slavocracy that a $50,000 bounty — big money in those days — was put on her head for capture, dead or alive.

During Tubman’s era, the slavocracy had at its disposal the federal government, with the Supreme Court refusing to recognize escaped formerly enslaved people as citizens based on the 1857 Dred Scott decision. The Constitution counted Black people as “three-fifths of a human being,” and the Dred Scott decision encouraged armed white vigilantes, who were paid to recapture those trying to escape the slave masters. This kind of terrorist atmosphere did not impede Harriet Tubman from her political activism until she died 107 years ago in 1913.

Born in New York City in the late 1940s, Assata moved to Wilmington, N.C., to live with her grandmother when she was three years old until her teenage years. She eventually joined both the Black Panther Party and the Black Liberation Army.

The Panthers were beloved and respected within numerous poor Black urban communities where they provided free breakfast programs, health clinics and other vital services, while at the same time promoting the right to armed self-defense against police terror and state repression. The Panthers were forerunners with their call for community control of the police.

COINTELPRO or Counter-Intelligence Program was created by the FBI, then led by the notorious J. Edgar Hoover in the early 1950s. The aim of COINTELPRO was to use every dirty tactic, including demonization in the media, to discredit and eventually destroy national liberation movements like the Panthers and their leaders. Assata, for instance, was harassed, arrested and falsely accused of several bank robberies beginning in the late 1960s. She was acquitted each time of the bogus charges.

Then on May 2, 1973, Assata and two other Panther members, Sundiata Acoli and Zayd Malik Shakur, were stopped by white state troopers on the New Jersey Turnpike. Shots were fired, which resulted in the death of Shakur and Assata being shot multiple times. One of the troopers died. Assata and Acoli were charged with murder and convicted by all-white juries.

Both were railroaded to prison based on their political beliefs and convictions. Assata spent more than six brutal years in men’s and women’s prisons before she was able to escape to Cuba, where she was welcomed with open arms. Acoli has been imprisoned for almost 50 years.

There are now posters in post offices and even a huge billboard in New Jersey calling for the arrest of Assata as a “terrorist.” The CIA has falsely accused Cuba of “exporting terrorism,” since soon after, its revolutionary leadership defeated the U.S.-backed invasion at the Bay of Pigs in 1961 and declared the country to be socialist.

It is important for the progressive movement here and worldwide to expose the U.S. as being the biggest exporter of terrorism. Its deadly weapons, including drones, maim and kill to protect the profits of the bosses and bankers.

The bounty on Assata will boomerang and eventually help to introduce her inspirational story to a whole new generation of younger activists, who are already disenchanted with capitalism and all its ills. And it will bring about a deeper solidarity with Cuba.

Black activists pay homage to Assata at many movement events with her own words: “It is our duty to fight for our freedom. It is our duty to win. We must love and protect each other. We have nothing to lose but our chains.”

U.S. hands off Assata and Cuba!

Moorehead saw Assata again in June 2000, as part of a U.S. delegation that met with Fidel Castro on the cases of political prisoners Mumia Abu-Jamal and the martyred Shaka Sankofa. The delegation also participated in a Cuban TV panel on the growth of the U.S. prison-industrial complex.

The following link is a two-hour meeting Assata Shakur held with activists during the World Youth Festival in Havana in 1997, taped by People’s Video Network founding member, the late Key Martin: tinyurl.com/y625j2we/.