When an incarcerated worker is doing time in a prison and finally makes parole, it is usually a cause for celebration. But being on parole puts a person under restrictions that can send them back to prison in a heartbeat. And if that parolee is in New York City, they go to Rikers Island Jail. 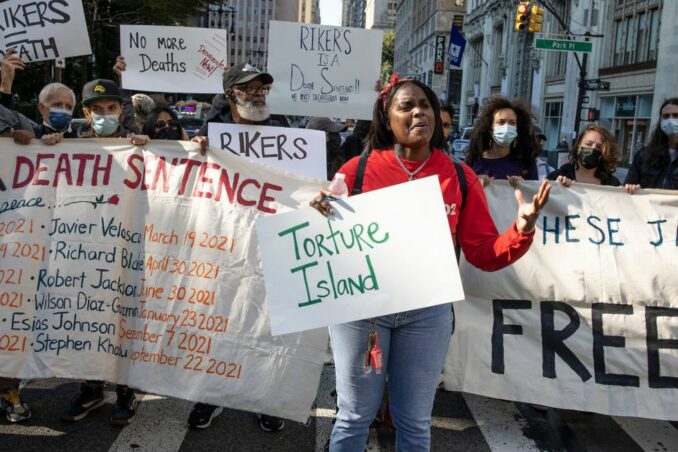 Rikers Island Jail can cause anyone living in New York City to get goosebumps or even PTSD attacks when they hear that name. Rikers has a long and horrific history of racism, violence, suicides and death. It is a filthy, disgusting place that isn’t fit for animals.

Now, there is a bit of good news for parolees in New York City and the state.

Last summer the New York State Assembly and the State Senate passed a bill in June 2021, known as the Less Is More Act. In September, Gov. Kathy Hochul signed it into law, and it was to be in full effect by March 1, 2022.

The bill is meant to radically lessen the number of parolees put back in jail for minor violations, like missing a meeting with their parole officers or failing to report a new address or a new job or missing a curfew.

The progressive new law required that anyone picked up for a parole violation had to be in a courtroom before a judge, not a hearing room on Rikers Island or any other jail, within 24 hours.

But the Department of Corrections and Community Supervision (DOCCS) decided the law didn’t apply to cases that began before the law was passed.

The Legal Aid Society took this denial of law to court on behalf of 91 detainees at Rikers Island Jail for parole violations, filing papers in the Bronx Supreme Court. They argued that the law was retroactive. In March the Legal Aid Society won a victory.

“The law is clear: These New Yorkers were entitled to a release hearing as of March 1, 2022, and DOCCS had no legal authority to deny them,” said Lorraine McEvilley, Director of the Parole Revocation Defense Unit at The Legal Aid Society.

According to the March 23 New York Daily News, “In the decision issued Tuesday, Bronx Supreme Court Judge David Lewis ordered the new hearings ‘forthwith’ and directed that they be held in regular courthouses rather than in special hearing rooms on Rikers Island.

“Legal Aid lauds this ruling, which upholds the explicit intent of Less Is More to facilitate the decarceration of local jails,” reported McEvilley.

The DOCCS reported it was complying with the judge’s decision, and their spokeswoman issued this statement: “By Thursday, March 24, the department will have requested recognizance hearings or lifted the warrants for the 91 individuals who are still in custody.”

Less Is More was fought for by a coalition of diverse organizations and people. A statewide coalition of community groups, service providers and public safety experts worked together to develop and pass the act.

According to the #LessIsMoreNY campaign: “Restricting the use of incarceration for technical parole violations and giving people incentives to comply with parole conditions will support them as they reenter their communities; reduce jail, prison and supervision populations responsibly; promote safety and justice for families and communities; and save taxpayers money.” (LessIsMore.org)

The #LessIsMoreNY campaign is led by these organizations: the Katal Center, Unchained and A Little Piece of Light, but many dozens were part of it successfully being enacted.

Kevin Perez, an organizer with the New York City Brown Berets, said: “The Less Is More Act is a breath of fresh air for hundreds of New Yorkers who have been suffering from the effects of mass incarceration. Overpolicing does not keep communities safe — if it did we’d be one of the safest cities in the world. Public safety can only be achieved when we increase the resources available for underserved communities and when we transition from being a system focused on punishment to one focused on rehabilitation. We ask that Governor Hochul ensures that #LessIsMoreNY is implemented fully and effectively.”

More than 31,000 people are on parole in New York State. As of September 2021, New York held the distinction of imprisoning more people than any other state for noncriminal “technical violations” of parole rules. As in most states in the U.S., the entire parole process is marked by systemic racism, with Black, Latinx, Indigenous and other people of color much more likely to be re-incarcerated for parole infractions than their white counterparts.

This new law will be helpful for New York, but the solution to the unimaginably horrifying conditions at Rikers Island jails, as well as prisons, jails and detention centers all over the country, is to abolish them. Crime can only be lessened by creating a new society, a socialist society, that values every single person and provides not just the basics to survive but bread and roses too.