The 99-day player lockout, imposed by Major League Baseball, came to an end March 10. The eight-member executive subcommittee together with player representatives from 30 MLB teams voted 26 to 12 in favor of accepting the latest agreement negotiated between the Major League Baseball Players Association and the team owners.

“Our union endured the second-longest work stoppage in its history to achieve significant progress in key areas that will improve not just current players’ rights and benefits, but those of generations to come,” said MLBPA Executive Director Tony Clark. “Players remained engaged and unified from beginning to end, and in the process reenergized our fraternity.” (mlbplayers.com) 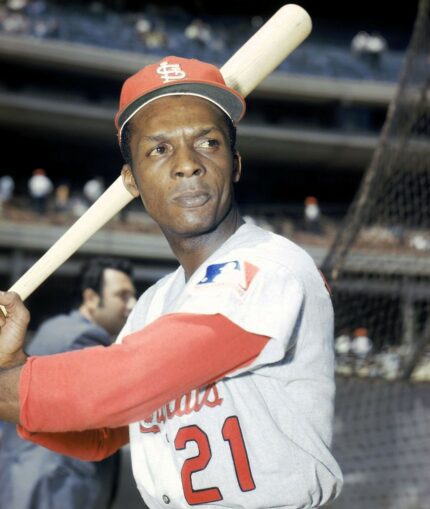 In 1970 Curt Flood, pictured, sued Major League Baseball to end the “reserve clause,” by which teams forced players to play for them and not a team of the players’ choosing. Flood, with support of the players’ union, lost his case in the U.S. Supreme Court, but the union eventually won the right to free agency

A key gain was raising the minimum salary. This affects newer, younger players the most; 60% of the approximately 1,200 players represented by the MLBPA are at the bottom of the pay scale. Their average career length is about four years, with salary increases typically starting in their third year of playing.

The owners were demanding an increased playoff season, involving 14 teams as opposed to the current 10. The new contract only raises the number to 12.

Other clauses in the contract begin to close the gap between relatively stagnant player compensation and team earnings, which have risen enormously since the last collective bargaining agreement was signed in 2016. Nevertheless, the executive subcommittee voted unanimously to reject the tentative contract. The eight members, joined by four player representatives, reportedly believed the CBA did not go far enough in assuring players an equitable share of the value they generate for team bosses.

Clark had previously termed the lockout strategy “the ultimate economic weapon.” The struggle between MLB and the players demonstrates why every worker needs a union.

Efforts by professional baseball players to unionize go back to 1885. When the MLBPA signed its first contract in 1968, players had not had a salary increase in 20 years. The union’s first executive director, the late Marvin Miller — who helped win the players a 42% pay increase — was inducted into the Baseball Hall of Fame last year.