Long before the Feb. 24 Russian intervention, the 2014 U.S.-backed fascist coup regime had reduced Ukraine to the poorest country, and with the highest rate of migration, in Europe. The International Monetary Fund restructured the economy and demanded austerity measures that gutted the pensions and cut social spending. Mass privatizations of socially owned property brought economic ruin. 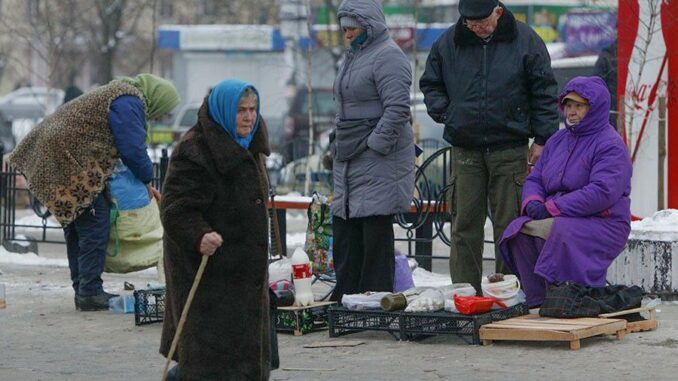 Now human trafficking in commercial sexual exploitation and forced labor, along with the buying of children from orphanages, is more widespread in Ukraine than any other European country. The largest surrogacy industry in the world is in Ukraine; surrogate mothers are paid $15,000 per child. (tinyurl.com/5n7xyhex)

Ukraine, although flooded with NATO weapons, is so lacking in basic social services that it has the lowest European vaccination rates. Vaccination rates for polio, measles and diphtheria are at 53%. And only one in five Ukrainians have received a full course of COVID-19 vaccine, raising concerns of new COVID-19 variants arising under crowded refugee conditions outside Ukraine. (tinyurl.com/5dyas8st)

Ukraine, although not officially a member of the U.S.-commanded NATO military alliance, has received hundreds of millions of dollars in lethal military equipment from the U.S. Ukrainian troops served under U.S.-NATO command in Iraq and Afghanistan. As an “Enhanced Opportunity Partner,” Ukraine hosted joint military training exercises with U.S., British and Canadian troops.

Weapons with tactical nuclear capacity, which could reach Russian cities within minutes, are being moved into place in Eastern Ukraine and in NATO countries.

The war in Ukraine could end today if the U.S. would stop pumping billions of dollars of lethal arms and thousands of U.S. military “advisors” and private military contractors — mercenaries — into Ukraine. This devastating war would never have started if these U.S.-trained and equipped forces hadn’t been shelling the 1,400-mile Ukrainian-Russian border for the past eight years, all while the U.S. and NATO have been encircling Russia with military bases in surrounding countries.

Ukraine is a pawn in this U.S. strategy against Russia. The only way toward peace is to disband NATO. NATO out of Ukraine!