The following statement can be found on the website of the Communist Party of the Russian Federation at tinyurl.com/3mdkth7t. It was posted on March 14, 2022.

There is a war in Ukraine. Outwardly, it looks like an armed conflict between Russia and Ukraine. All political forces, including the Left, have spoken out about these events. The range of assessments: from humanistic-emotional (“people are dying, stop the war”) to purely class (“The West is pushing two oligarchic regimes”). In fact, this conflict has deep roots. When analyzing the situation, we must take into account both the national content of the class struggle and the class content of the national struggle. 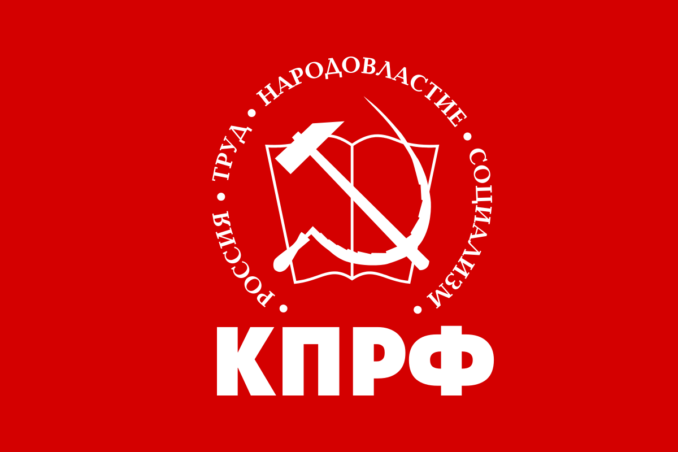 What is Ukraine? The territory of present-day Ukraine, until the middle of the 17th century, was a sparsely populated space, contested by neighboring countries. By the beginning of the 20th century, the lands of present-day Ukraine were divided among Poland  [Germany-WW], Austria-Hungary and Russia. After the 1917 revolution [in Russia] some of these lands temporarily declared independence. However, in 1922 they joined the USSR as the Ukrainian Soviet Socialist Republic. So Ukraine gained statehood, although limited.

Ukraine was an agricultural country. To ensure its development, in 1918, at the suggestion of Vladimir Lenin, six Russian industrial regions, including Donetsk and Lugansk which had never been part of Ukraine, were transferred to Ukraine. In 1939 Galicia (Western Ukraine) was annexed to Ukraine, after previously being part of Poland. The current territory of Ukraine is the result of its entry into the USSR. It consists of disparate pieces: from Galicia (Lviv), with a strong influence of Catholicism, to Eastern Ukraine, which strongly gravitates toward Russia.

Socialist Ukraine developed powerfully. Aircraft and rocket building, petrochemistry, electric power industry (four nuclear power plants) and defense industries were added to the extraction of metal and coal. As part of the USSR, Ukraine received not only the bulk of its current territory but economic potential that made it the 10th-largest economy in Europe. Ukrainian politicians were dominant in the Soviet leadership. Nikita Khruschev, Leonid Brezhnev and Konstantin Tchernenko ran the USSR from 1953 to 1983.

After the collapse of the USSR in December 1991, Ukraine became an independent state for the first time in its history. But this destroyed the centuries-old economic integration with Russia. The “market” model led to the deindustrialization of Ukraine and a sharp drop in the standard of living of the population. On the basis of predatory privatization, an oligarchic class arose.

Now it is the poorest country in Europe. The level of corruption and social differentiation is highest in the world. The manufacturing industry, except for metallurgy, is practically destroyed. The economy depends on Western loans and money transfers from migrant laborers who left for Europe and Russia in search of work (about 10 million out of its 45 million people), and who are basically qualified specialists. The degradation of human capital has reached its limit. The country is on the verge of a national catastrophe.

The population of Ukraine is strongly dissatisfied. However, this dissatisfaction with the pro-Western authorities is manipulated in such a way that at each election, even more pro-Western forces win. In February 2014, a U.S.- and NATO-backed state coup was carried out in Ukraine. The U.S. State Department has publicly stated that it invested $5 billion in its preparation.

Neo-Nazis came to power. These are, first of all, people from Western Ukraine (Galicia), which for centuries had been under the rule of Poland and Austria-Hungary. Extremely nationalistic, anti-Semitic, anti-Polish, Russophobic and anti-Communist sentiments are historically strong there. After Hitler’s invasion of the USSR, German troops were greeted in Western Ukraine with flowers. SS divisions formed there fought against the Red Army. Local nationalists, led by Hitler’s admirer Stepan Bandera, set about exterminating the Jewish population. In Ukraine about 1.5 million Jews were killed — one-fourth of all the Holocaust victims. During the “Volyn massacre” in 1944, about 100,000 Poles were brutally murdered in Western Ukraine. Bandera’s forces destroyed Soviet guerillas and burned alive the men, women and children in hundreds of villages in Belarus. Ukrainian nationalists who served as guards in German concentration camps became notorious for monstrous cruelty.

After the war, from 1945 to 1953, U.S.- and UK-supported anti-Communist and anti-Soviet rebels in Western Ukraine unleashed terror against the civilian population. During these years Bandera’s forces killed about 50,000 civilians. This is the nature of the forces — descendants and followers of fascists — which came to power after the 2014 coup. The traditions of anti-Polish, anti-Semitic and anti-Russian terror are very strong among the neo-Nazis who now really govern Ukraine. Forty-two opponents of Nazism were burnt alive in the Trade Unions building in Odessa on May 2, 2014.

It is an alliance of neo-Nazis with oligarchic capital. Banderas, like the SS stormtroopers in Germany, serve as a shock detachment of big business. The only difference is that the Banderas refrain from outright anti-Semitism, having established a class unity with the local oligarchy. Banderas tightly control every move of state power, constantly blackmailing it with the threat of a coup. On the other hand, the policy of Ukraine is determined by the U.S. Embassy in Kyiv.

The nature of the current Ukrainian state is an alliance of big capital and the state bureaucracy, relying on criminal and fascist elements under the full political and financial control of the United States.

Since 2014 Nazi ideology has been implanted in Ukraine. The Day of Victory over fascism — May 9 — has been canceled. Ukrainian fascists — organizers and participants in the atrocities of the war — are officially recognized as national heroes. Every year torch marches are held in honor of fascist criminals. Streets and squares are named after them. The Communist Party of Ukraine operates underground. Intimidation and political assassination of politicians and journalists has become constant. Monuments to Lenin and everything related to the memory of life in the USSR are being destroyed.

At the same time, an attempt began to forcibly assimilate the Russian population of Ukraine, with the suppression of the Russian language. Just as an attempt to introduce Afrikaans instead of English in South Africa led to the Soweto uprising in 1976, the same thing has happened in Ukraine. An attempt to transfer schooling from Russian into Ukrainian gave rise to powerful resistance in the Donetsk and Lugansk regions. People took up arms. In May 2014 a referendum was held there, in which 87% of the citizens voted for independence. This is how the Donetsk (DPR) and Lugansk people’s republics (LPR) arose. After several unsuccessful attempts to invade the LPR-DPR, the Nazis from Kyiv switched over to terror. During eight years of shelling by large-caliber guns, more than 13,000 civilians, including children, women and elderly people, were killed in LPR-DPR. With complete silence from the world community.

The Communists of Russia take an active part in the defense of the LPR-DPR. Hundreds of communists are fighting the Nazis as part of the troops of the people’s republics. Dozens of communists have died in this struggle. Over these eight years the Communist Party of the Russian Federation (CPRF) has sent 93 convoys with humanitarian aid to these republics, with a total weight of 13,000 tons, and received thousands of children for rest and treatment in Russia. For all these years the CPRF, headed by Gennady Zyuganov, has demanded from the leadership of Russia recognition of the independence of Donbass.

In March 2015 at the initiative of Russia (with the participation of Germany and France) the Minsk agreements were concluded, which provided for the special status of the LPR-DPR within Ukraine. However, Ukraine evaded their implementation. With the support of the United States, Kyiv was preparing to crush the LPR-DPR by force of arms. The U.S., U.K. and other NATO members provided training for the Ukrainian army. They constructed over 30 major military installations in Ukraine, including 15 Pentagon laboratories for the development of bacteriological weapons (cholera, the plague and other deadly diseases). Ukraine, with its four nuclear power stations and huge scientific-technical potential, is able to construct an A-bomb. This intention was publicly declared. There was a danger of deployment of U.S. cruise missiles. The situation in Ukraine increasingly threatened Russia’s security.

In December 2021 Russia proposed to the United States to talk about the non-expansion of NATO. The U.S. and NATO ignored the proposal. In January 2022 Russia warned that it would be forced to take additional measures to protect its security. At the same time, it became known that Ukraine had concentrated 150,000 servicemen and Nazi battalions in Donbass. Kyiv, backed by the U.S., was preparing to regain control over Donbass through war this March.

On Feb. 22 President [Vladimir] Putin announced the recognition of the independence of the LPR-DPR. On Feb. 25 a Russian Armed Forces operation began.

Russia is not going to occupy Ukraine. The purpose of the operation is the liberation of Ukraine from the Nazis and its neutrality (refusal to join NATO). The tactic of the Russian troops is, while attacking military facilities, to minimize the casualties among the civilian population and the Ukrainian military, and to avoid the destruction of civilian infrastructure. They are brotherly people. We will continue to live together. However, the Bandera Nazis use the most disgusting tactics of the German fascists, using civilians and their houses as human shields. They install artillery and tanks in residential areas and forbid citizens to leave war zones, turning hundreds of thousands of people into hostages.

This nefarious Nazi tactic is not condemned in the West. It is the United States, waging an information war through media controlled by them (only Russia Today resists), that is interested in war. The United States strikes not only at Russia but also at Europe. The NATO war against Yugoslavia in 1999 was a means of destabilizing the European Union. Today the U.S. main goal is to prevent Russian gas supplies via the Nord Stream-2 pipeline, forcing Europe to buy more expensive liquefied gas from the United States, thereby sharply weakening Germany and other EU countries. The volume of trade between Russia and the EU is $260 billion a year. Russia’s trade with the U.S. is only $23 billion — 10 times less. Therefore the sanctions imposed at the request of the United States hit, first of all, Europe. The events in Ukraine are yet another American war for control of the world.

By the way, claims about the global nature of the boycott of Russia are false. The BRICS countries (Brazil, India, China and South Africa), which constitute 43% of the world’s population, did not support the sanctions. China is the first and India the third biggest economies of the world. Sanctions were not supported by Asia (excluding Japan and South Korea, with their U.S. military bases), by the Middle East or by the largest countries of Latin America — that is, by the majority of the world.

For 30 years I have been one of the most active critics of the domestic and foreign policy of the Russian elite. In its class character, the oligarchic-bureaucratic power in Russia is not much different from the power in Ukraine (except without fascism and full U.S. control). However, in those unfortunately rare cases when the leaders of Russia pursue a line that meets the historical interests of the country and the people, the principle of “automatic” criticism is hardly appropriate.

I have long argued that sanctions will have a beneficial effect on getting rid of Russia’s imposed dependence on the West in various areas of life. The Russian government is already taking the first steps in this direction. The task of the left forces is to vigorously encourage the authorities to change not only foreign policy, but also the socioeconomic course, which does not correspond to the interests of the people.

Member of the Central Committee of the Russian Federation Communist Party, Doctor of Sciences in History, Ex-Parliamentarian of the Russian State Duma (2011-2016).