This interview was conducted by Workers World correspondent Ted Kelly at Robben Island, off the western coast of South Africa. Lassy Chiwayo is an African National Congress member, former political prisoner, uMkhonto weSizwe freedom fighter and former mayor of Mbombela, capital of the Mpumalanga province. He served as the consul-general of South Africa to the People’s Republic of China until 2014. 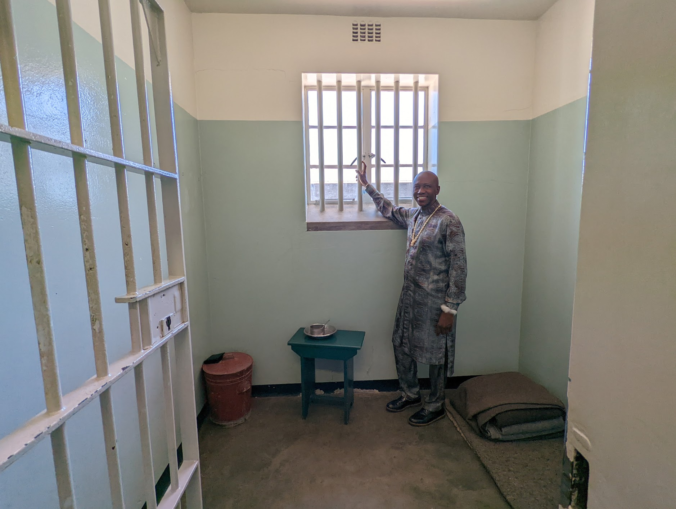 Workers World: How many times have you come back to visit Robben Island since your release?

Lassy Chiwayo: You wouldn’t believe it. This is the very first time that I’m coming back.

WW: You’re kidding. What does it feel like to be back?

LC: I’m completely overwhelmed with mixed emotions. It takes us back to the reasons we were here in the first place, something about which I have no regrets. We fought. We played our part. And I regard myself as one of those who are blessed to have been a former Robben Island prisoner. I think my own kids and many others to follow would honor and respect that we raised our hands to fight, that we were part of that march to freedom.

That’s one part. But the other part that obviously comes to mind is a question: Was it worth it? And I would say, yes, it was. Insofar as we were part of that revolutionary chain of generations of prisoners that came here since the 1960s. We were the very last of that batch.

We came here in 1986 and 1987. We came from another generation completely, very different in that we were inspired by the elders of the 1950s and 1960s and of the 1976 uprisings. We are the ones who occupied streets in the mid-1980s, the most militant of all these sections of our people who fought against apartheid. We are the ones who are remembered for using stones, self-made weapons, petrol bombs, anything we could lay our hands on, to fight for the freedom of our people.

We knew all the risks involved, including the fact that we might not live. Of course, a lot were killed. Some died in our hands. Others were driven to exile. We were arrested, and some of us spent time at Robben Island. We were not deterred. It was worth it.

It is out of the sacrifice of a lot of those who we spent time with, and others who didn’t live to see it, that we enjoy the fruits of this hard-earned freedom. And I ask that question: whether or not it was worth it. Yes, it was worth it.

Regrettably, beyond Nelson Mandela’s generation, I don’t think there’s an appreciation by most people of just what it took for us to be where we are. Those who were exposed to opportunities we thought were important to change the country for the better thought the change was their inheritance.

Unfortunately, a human factor of greed came to the scene. I don’t think we can look back and be proud of where we are. We have not taken our people to the land of milk and honey, which is what inspired many of us to get involved in the struggle.

But it is not something we should moan about. It is rather an opportunity for other generations to look at how best to take the struggle forward. Because we played our role; Mandela’s generation played their role. Those who came after them played their role. We can’t end now by complaining.

We must acknowledge that the struggle must continue, and the next generation has to take it forward to what our forefathers and foremothers envisaged. They established very important instruments for us that our people have used to fight, such as the African National Congress.

Whether or not it is relevant for us to continue under the umbrella of these organizations is immaterial. What matters is taking forward the dream of our people to become fully emancipated. It can come in different ways, in different forms. It can arrive in different vehicles.

We always associate liberation with an organization. But what we need to bear in mind is that it’s not necessarily linked to institutions. It is linked to a cause. The cause can continue beyond inclinations and sentimental attachments to an organization.

All that nature has taught us is that, in any instance, out of the old, anything that is born goes through a process of evolution that grows, that is nurtured, that reaches a point of maturity. It gets to a point where the old decays and dies, and something new must come out of that.

But what becomes important, as nature teaches us, is that the seed that is born out of the old should continue to germinate new life that blossoms into something new. Perhaps that is where the challenge of South Africa is.

Moments such as this, visiting Robben Island together, impose a need for us to look back and ask ourselves, “What is it that needs to be done?”

The narrative of liberation is a very important one. But I don’t think it has really come to a point where we can say all that which inspired our people to sacrifice their lives has been realized. So there has to be a way where we look at the past way of taking the struggle forward.

WW: That lesson of how we take the struggle of liberation forward in this moment is something the entire international movement is grappling with.

It is through leaders like Oliver Tambo and the South African people, their struggles, that took it beyond the borders of this country. Our liberation was not only a South African effort. It was an international effort.

The moral high ground that was occupied by the nobility of those [who] fought is exactly what we should continue, to sustain the respect and high regard that the international community had for South Africa and the liberation movement. Nelson Mandela became the personification of our people’s suffering but also of our resistance and fight against apartheid.

And it is only if we have more such characters who multiply themselves within our population that we will be able to keep South Africa at that level — where it is celebrated as a country that was able to, against all odds, through the triumph of the human spirit, go from being isolated to being reaccepted into the community of nations as a respected nation.

For us to be able to maintain that profile, we need to walk in the footsteps of our great leaders. It cannot happen accidentally. It is about building on the foundation that they have left — not for the purpose of constantly reminding people where we are coming from, but for the purpose of reminding them what the fundamental message was that Mandela carried: What is taking this country forward? What does it take for us to really rebuild the country based on that?

One of the things about Nelson Mandela was his amazing spirit of forgiveness. Through his wisdom, he saw something very important there that could help create a new democratic society. But once we veer off that path, it will never be the same.

That is why almost 30 years after liberation, we’ve actually destroyed that very foundation. Leaders post-Mandela have eroded the cement that bound us together that could have mobilized all people of all races behind one vision of one South African nation.

While in prison we began sharing more ideas in order to understand and analyze the global environment in the period after Perestroika and Glasnost. We were concerned about the extent to which we might run the risk of being isolated and portrayed as terrorists, if we did not align with the trend of ‘resolution’ of global conflict and ‘engagement.’ That’s where ideas arose around what happened from 1989 to 1991, with the Harare Declaration. All of those ideas were actually generated right here in Robben Island prison.

WW: And that material analysis of the changing material conditions informed your strategy about what to do in that moment?

LC: Yes, exactly. The extent to which we remained on top of global developments while having been kept inside prison was phenomenal. We must not forget history of course. But we cannot trap ourselves in the past; we can never change its impact. That wastes a lot of energy that can be mobilized instead to take the struggle to where the people of the world need it to go.

It can be achieved. We have been liberated for almost 30 years. I lived in China. If you can drill into Chinese memory and think about what they were able to achieve in that same period of 30 years, we will all be reduced to shame. They are human beings like us. But look at what they were able to achieve out of vision, out of forecasting the fundamental challenges that faced the nation, instead of going back to what cannot be changed.

Go to tinyurl.com/34kv2ryc to read the Harare Declaration. 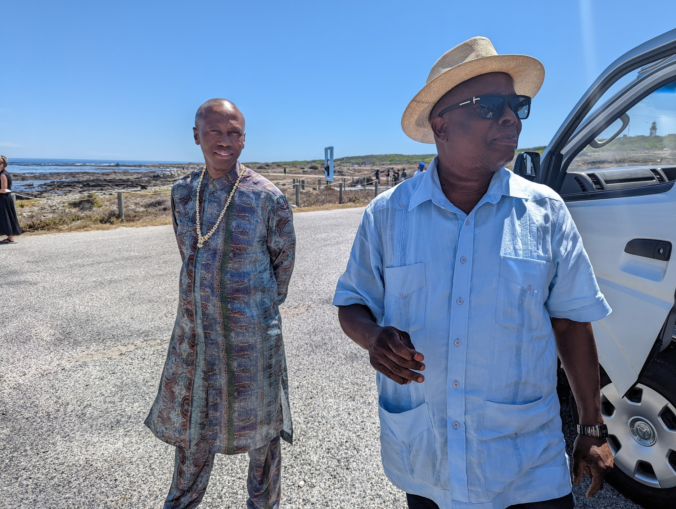