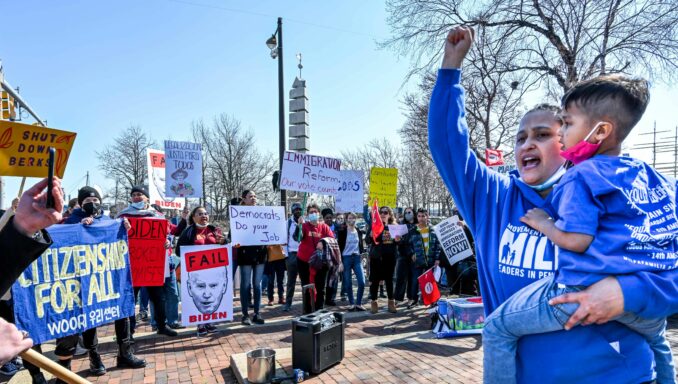 Migrant groups protested outside President Joe Biden’s meeting with Democratic Party officials in Philadelphia on March 11. About 75 people came out on short notice to criticize Biden and the Democratic Party for failing to act on immigration reform that could legalize 11 million migrants and refugees in the U.S.

Speakers from JUNTOS, Shut Down Berks, MILPA, New Sanctuary Movement, Woori Center and other groups spoke for 45 minutes, with one speaker saying both parties have not made a difference: “It’s the same circus, different clown” when it comes to immigration reform.

As Biden’s limo and car convoy drove into the Hotel Hilton venue, drumbeats and chants “welcomed” him loudly.